LOOK: Amid ‘feud,’ JV, Jinggoy raise each others’ hands 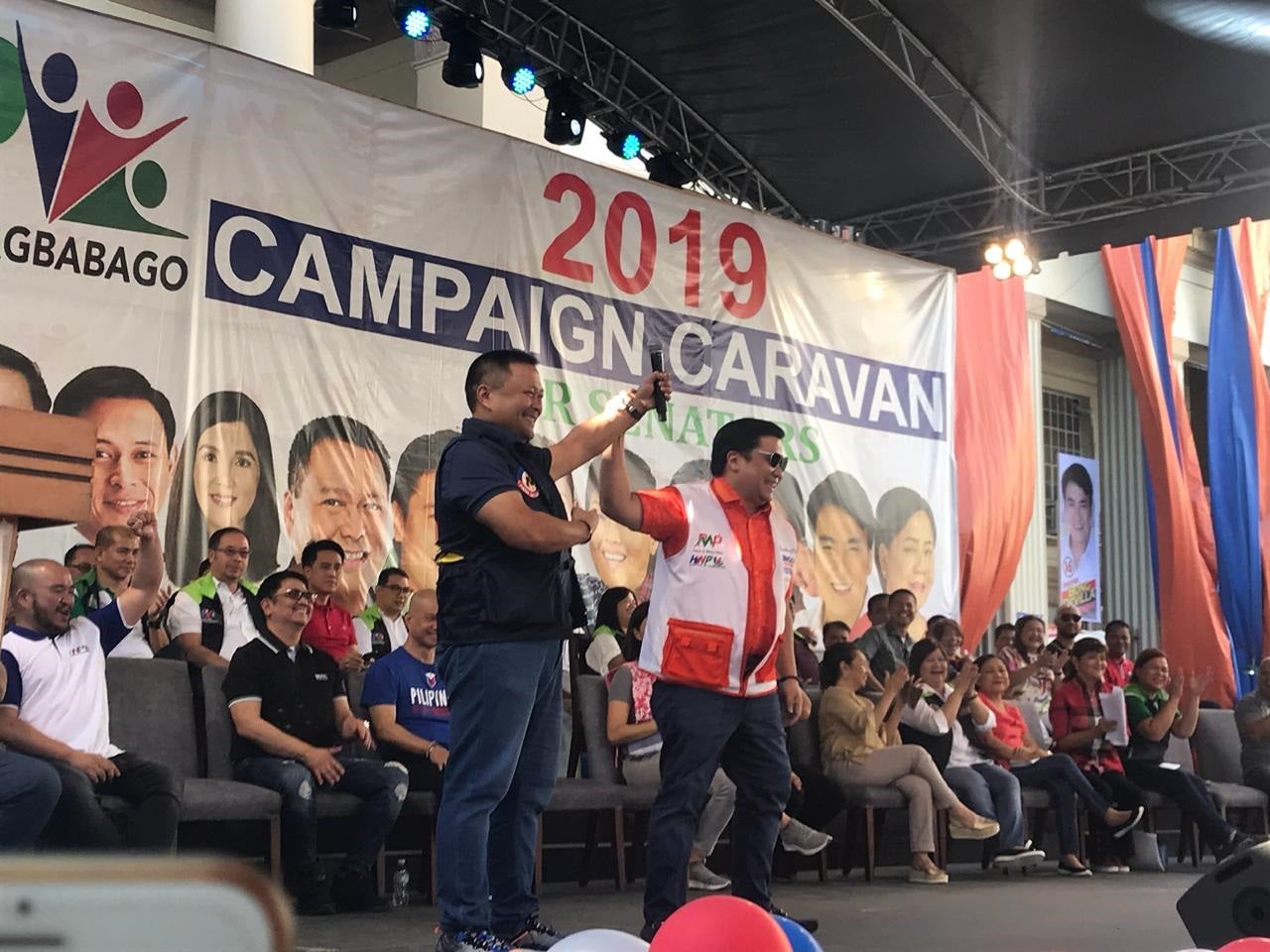 The two sons of Manila Mayor Joseph Ejercito Estrada, who reportedly had a feud in the run-up to the 2019 senatorial race, are among the 13 candidates being endorsed by the presidential daughter’s HNP.

Both shook hands when Estrada arrived on stage at the Pampanga Capitol Compound in San Fernando City where the event was being held.

In his speech, Ejercito mentioned his half-brother Estrada before the crowd.