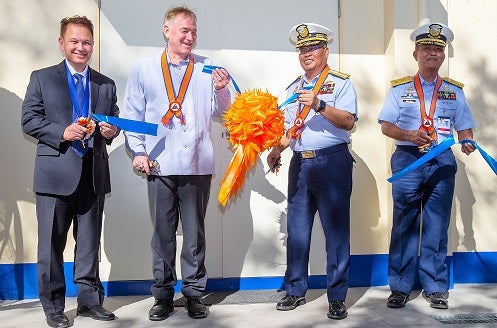 Photo from US Embassy

The P39-million project, which was funded by the US government, is expected to boost the Philippine Coast Guard’s capacity to train its workforce and sustain its equipment.

“This project is a milestone in our effort to enhance PCG operations.  It is one of the important missions in addressing the training requirements of the organization. This endeavor has provided the foundation [for future training] while improving our personnel learning culture,” PCG commandant Admiral Elson Hermogino was quoted as saying.

The new facility consists of a classroom, barracks, and an outboard motor maintenance lab. It was built under a local contract managed by the US Naval Facilities Engineering Command.