Palace: No harm in Duterte endorsing candidates not in PDP-Laban 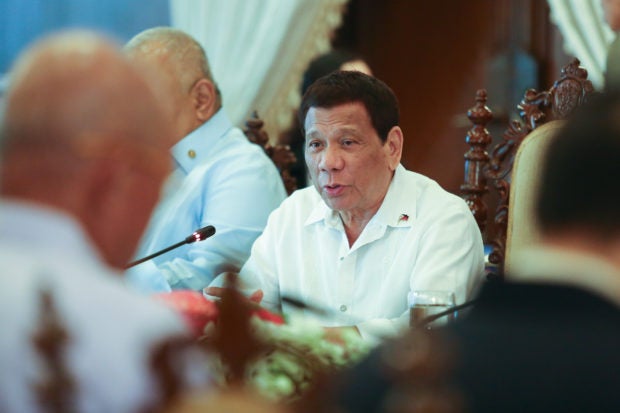 MANILA, Philippines—There’s nothing wrong with President Rodrigo Duterte’s decision to come up and campaign for his “preferred candidates” instead of sticking to his party’s senatorial line-up in the upcoming May elections, Malacañang said Monday.

In a Palace briefing, Presidential Spokesperson Salvador Panelo explained that the President has made personal preferences on the senatoriables even though the ruling PDP-Laban party, which he chaired, and regional Hugpong ng Pagbabago (HNP) have their separate tickets.

“I don’t think there’s any danger or harm with respect to the other candidates that the President will endorse,” Panelo said.

“It only means that he has a deep bench of senatorial hopefuls. So regardless of who among them wins, okay pa rin sa kanya ‘yun,” he added.

Duterte earlier announced names of senatoriables he would support for the midterm elections. These names include poll aspirants outside his party.

Presidential daughter and Davao City mayor Sara Duterte-Carpio’s HNP, meanwhile, has a 13-man senatorial slate, all of whom are either allies or supportive of his father’s presidency.

Go, Dela Rosa, and Tolentino are all running under Duterte’s PDP-Laban party while Aguilar is running as an independent candidate.

Panelo added that Duterte will be “visible” in the campaign period, which will start on Tuesday, considering that he has preferred candidates.