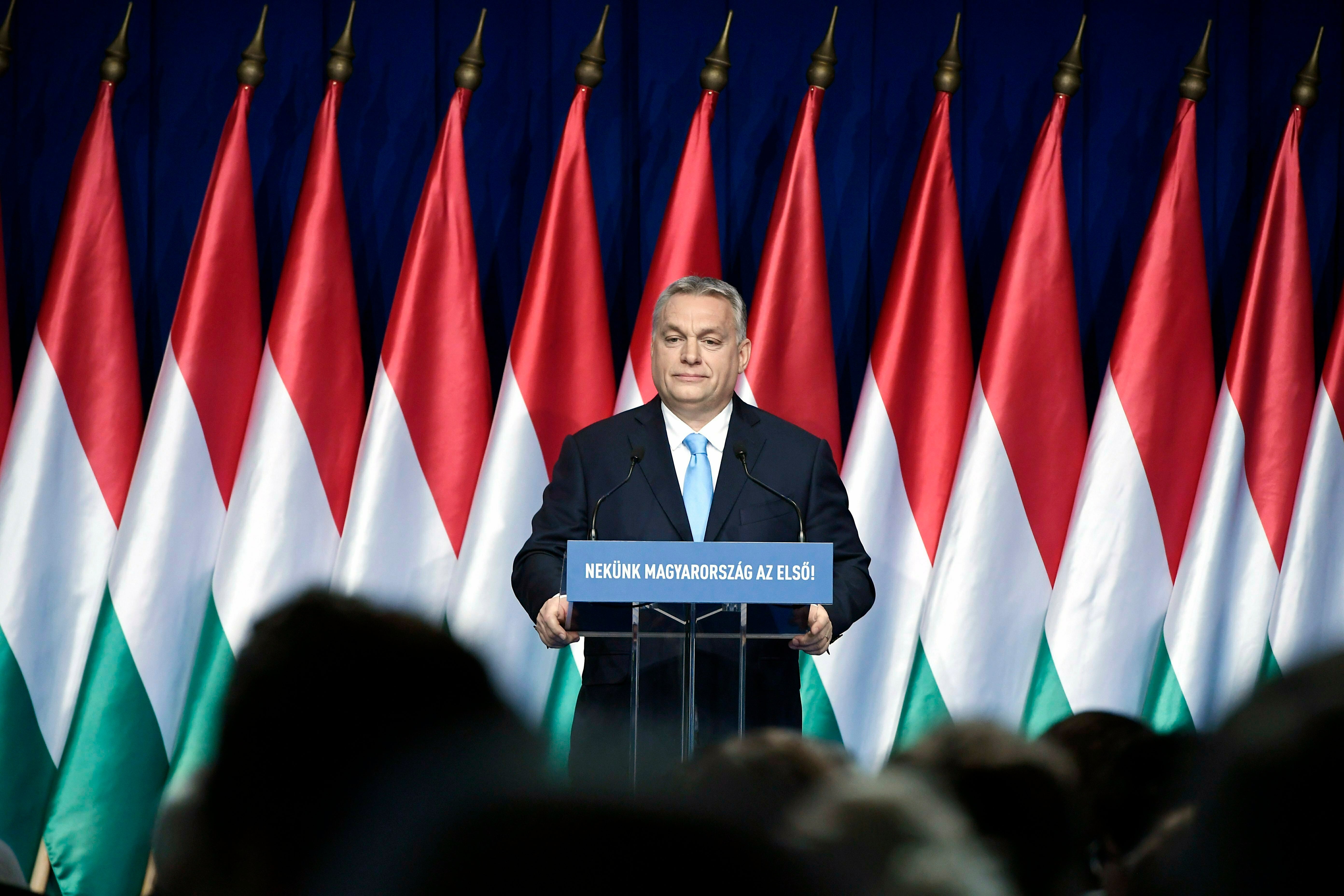 The measures announced by Viktor Orban during his “state of the nation” speech are meant to encourage women to have more children and reverse Hungary’s population decline.

The benefits include a lifetime personal income-tax exemption for women who give birth and raise at least four children; a subsidy of 2.5 million forints ($8,825) toward the purchase a seven-seat vehicle for families with three or more children; and a low-interest loan of 10 million forints ($35,300) for women under age 40 who are marrying for the first time.

Orban, who has made “zero tolerance” for immigration his main theme in the past four years and was elected to a third consecutive term in April, said the initiative is meant to “ensure the survival of the Hungarian nation.”

“This is the Hungarians’ answer, not immigration,” Orban said.

The prime minister also listed some of his government’s economic achievements — such as low unemployment — and vowed to fight poverty.

Orban then turned his attention to May’s European Parliament elections, repeating his accusation that the leadership of the European Union wants to fill the continent with migrants, most of them Muslim.

“We have to understand that the European peoples have come to a historical crossroads,” Orban said. “Those who decide in favor of immigration and migrants, no matter why they do so, are in fact creating a country with a mixed population.”

Europe’s left-wing has become “the gravedigger of nations, the family and the Christian way of life,” Orban said.

After his speech, several hundred members and supporters of Hungary’s main opposition parties held an anti-Orban rally that started in Buda Castle. The event also was aimed at protesting recent heavy fines the state audit office imposed on several opposition parties. A small group of protesters used their cars to block traffic from crossing the Chain Bridge over the Danube River for most of the day.

Opposition leaders said the fines, which cannot be challenged in Hungarian courts, were politically motivated and meant to hinder their campaigns for the European Parliament and municipal elections in Hungary later this year.