May urges UK lawmakers: Give me more time to get Brexit deal 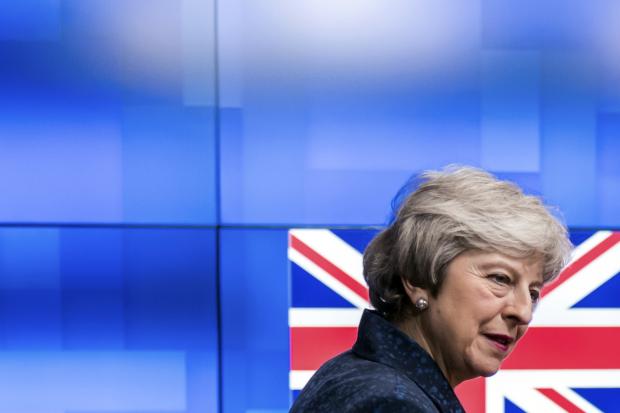 LONDON — With Brexit just 47 days away, the British government is asking lawmakers to give Prime Minister Theresa May more time to rework her divorce deal with the European Union.

Communities Secretary James Brokenshire said Sunday that Parliament would get to pass judgment on May’s Brexit plan “by no later than Feb. 27.”

The promise is a bid to avert a showdown on Thursday when Parliament is set to vote on the next moves in the Brexit process. Some lawmakers want to try to steer the country toward a softer exit from the bloc.

Britain is due to leave the EU on March 29 but Parliament has rejected May’s divorce deal, leaving the prime minister to seek changes from a resistant EU.

The impasse risks a chaotic “no deal” departure for Britain. /atm

Read Next
The human cost of Afghan war
EDITORS' PICK
Smart 5G goes live
Water remains our saving grace right now
PNP: Checkpoints back in MECQ areas
Been there, done that but what’s the difference between MECQ and GCQ?
BREAKING: 3,226 latest COVID-19 cases bring PH’s total to 106,330
A gem of a residence in the new normal
MOST READ
MECQ guidelines in infographics
Doctors group to Duterte: ‘There was never a call for a revolt’
MECQ in NCR, other areas: Mass transportation suspended, quarantine pass required anew
Duterte heeds frontliners’ plea, reimposes MECQ in Metro Manila, other areas Aug. 4 -18
Don't miss out on the latest news and information.