Seoul: US, North Korea officials to meet in Asia ahead of summit 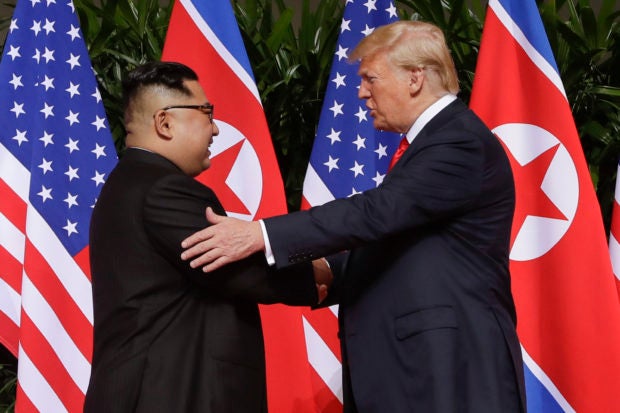 SEOUL, South Korea — The United States and North Korea will meet again this month in an unidentified Asian country ahead of their leaders’ planned second summit in Vietnam in late February, South Korean officials said Sunday.

After being briefed by Biegun about his discussions in North Korea, South Korea’s presidential office said that the U.S. and North Korea used Biegun’s trip as a chance to explain what concrete steps they want from each other.

South Korea’s national security adviser Chung Eui-yong, who met Biegun, reported that U.S.-North Korea diplomacy “is working well,” presidential spokesman Kim Eui-kyeom said. He said a follow-up U.S.-North Korea meeting ahead of the summit will take place in a third country in Asia in the week that begins Feb. 17.

Trump and Kim met for their first summit in Singapore last June, during which Kim pledged to work toward the “complete denuclearization” of the Korean Peninsula, without providing a clear timetable or roadmap. U.S.-led diplomacy aimed at getting North Korea to abandon its nuclear program in return for outside concessions has since made little headway.