‘We had no choice’: Indonesia school expels students with HIV/AIDS 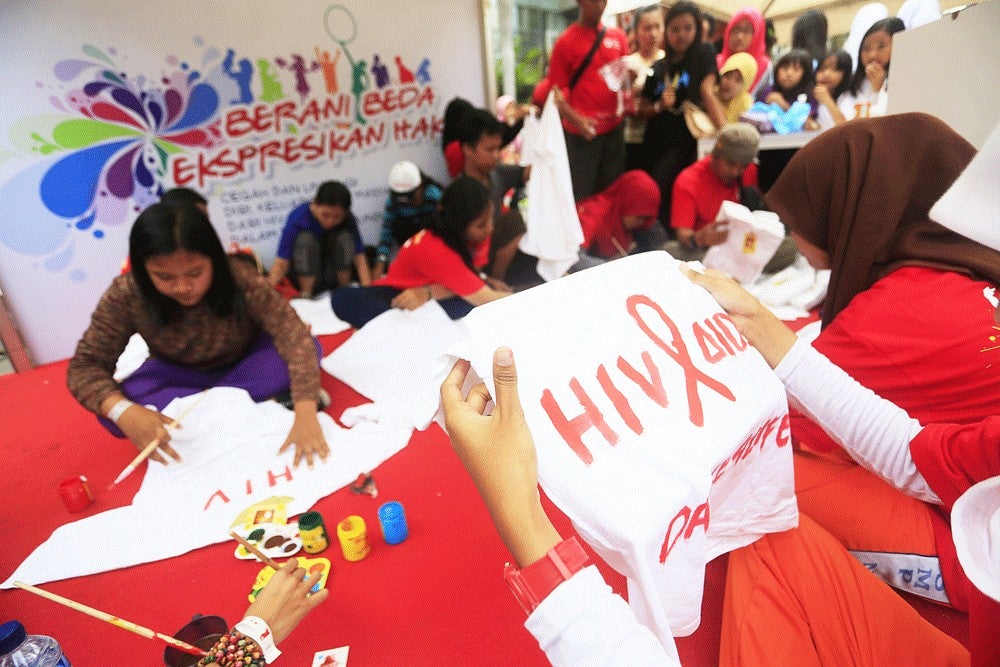 Creative work for noble cause: Students paint slogans on T-shirts about HIV/AIDS during a program organized by the Indonesian Red Cross (PMI) in Jakarta recently. The program was organized as part of PMI’s campaign to raise awareness about HIV/AIDS among youngsters. (The Jakarta Post/Dhoni Setiawan)

School principal Karwi confirmed the report, saying, “We had no choice. We accepted the students because everyone has the right to education [..] until this wave of protests started to come in.”

The parents heard about the presence of students with HIV/AIDS from a parents-teachers meeting in early January, during which they immediately expressed their concerns.

The 14 students, who have been assisted by non-profit organization Lentera Foundation, come from different year groups.

Lentera Foundation founder Puger Mulyono said he understood the parents’ concerns, noting that he had faced such rejection often.

“We’ll deal with this. We’ll wait for the parents’ letter and recommendation from the education agency to transfer these students,” he said.

Surakarta Education Agency Etty Retnowati said the agency had found a school that would accept the students.

“The most important thing is they can continue their studies. We’ll always find solutions,” she said.

Chairman of the Child Protection Commission’s Surakarta chapter Tommy Prawoto lamented the rejection, emphasizing the need for a long-term solution.

“Dissemination of information [on HIV/AIDS] should be intensified,” he said.