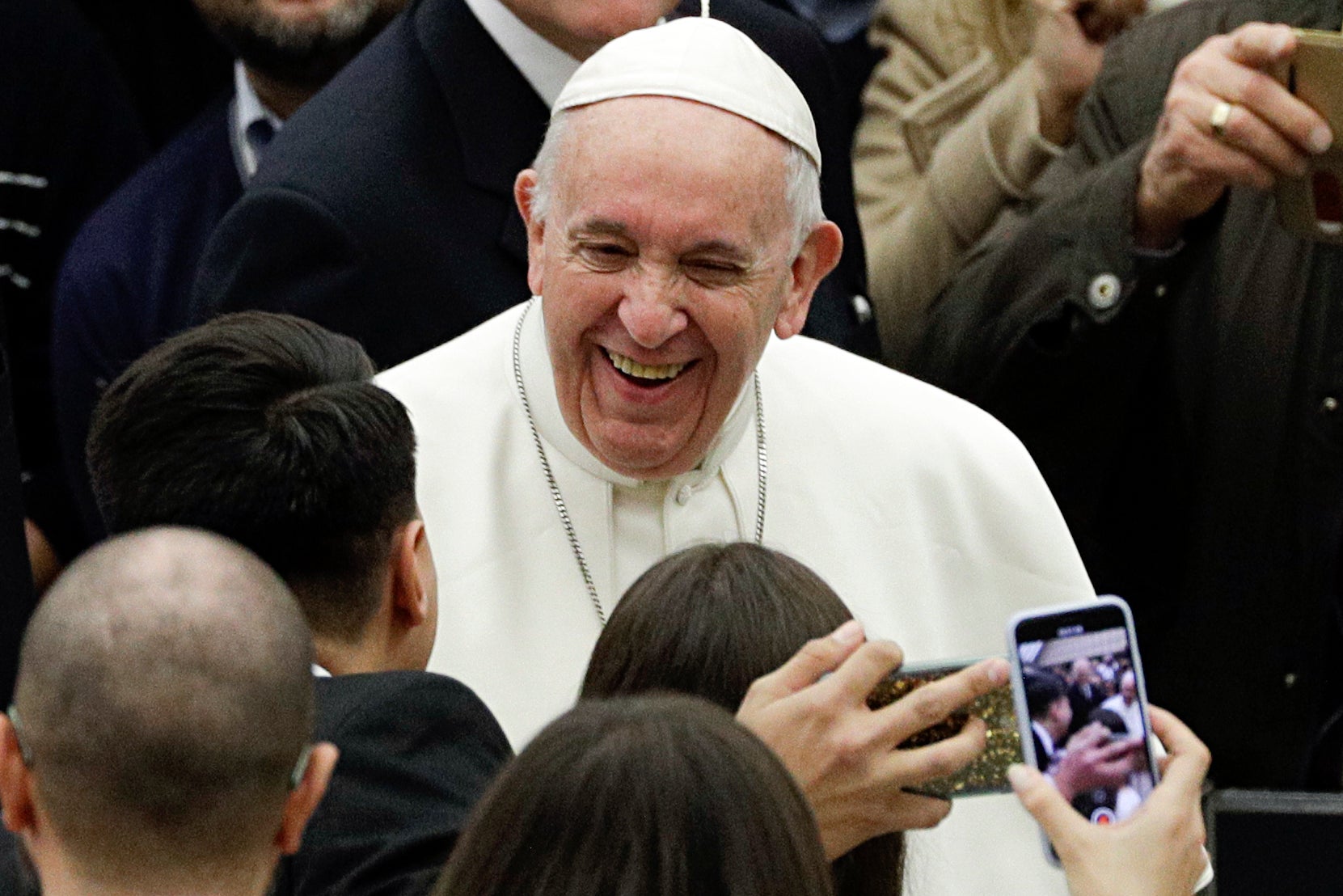 Pope Francis smiles as he arrives in the Paul VI hall on the occasion of his weekly general audience at the Vatican, Wednesday, Feb. 6, 2019. AP

VATICAN CITY — Pope Francis will meet with migrants in Morocco and visit a training institute for imams that seeks to be a bulwark against Islamic extremism during his March 30-31 visit to the North African nation.

The Vatican on Saturday released the schedule for the pope’s trip to Rabat, the capital of Morocco.

It comes on the heels of Francis’ recent visit to the United Arab Emirates, where he signed a landmark “fraternity” document with a leading Sunni imam and sought to encourage moderate Islam and interfaith ties.

During his visit, Francis will meet with King Mohammed VI as well as the country’s priests and religious sisters and celebrate Mass for the Catholic community. His meeting with migrants will take place at the Vatican’s Caritas charity. Francis is also planning a visit to a social center outside Rabat.

Morocco has long considered itself a key ally in the fight against Islamic extremism and the king routinely criticizes jihadism and the discourses of radical Islam.

The imam training institute, named for the king, draws Moroccan, sub-Saharan and European preachers. Opened in 2015, it now receives over 700 students a year and is part of government efforts that began in 2004 to counter-terrorism and fundamentalist Islam.

Still, Moroccans have made up an unusually large number of Islamic State fighters. The government for decades has sought to supervise the religious teachings of its communities abroad, where some of the Moroccan-born foreign fighters were radicalized. /cbb