MANILA, Philippines — The Department of Public Works and Highways (DPWH) bagged the highest increase in the approved version of the P3.8-trillion 2019 national budget by the Senate-House conference committee.

House appropriations panel chair Rolando Andaya Jr.’s office released a summary of the amendments made by the bicameral conference committee on Friday, hours after the bicam approved this year’s spending bill. 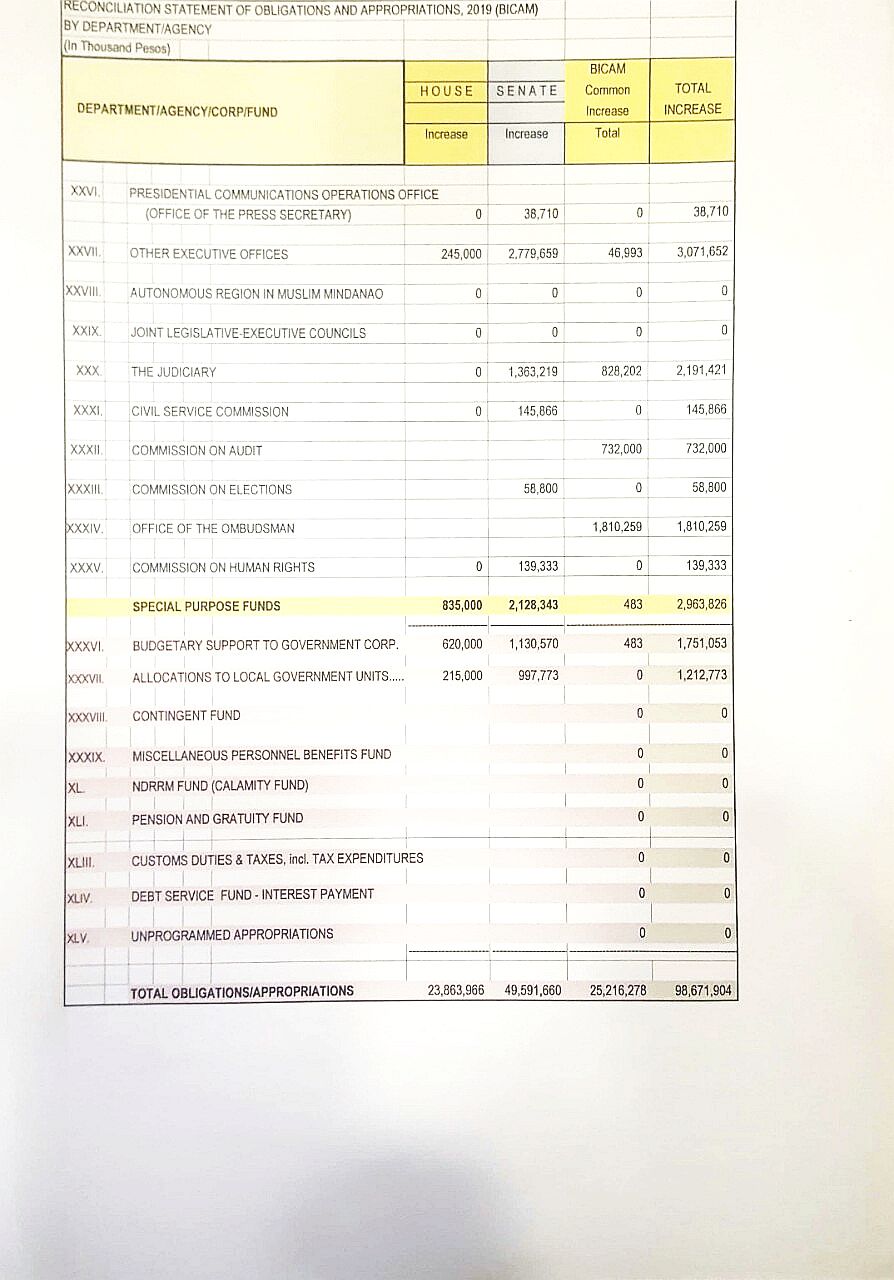 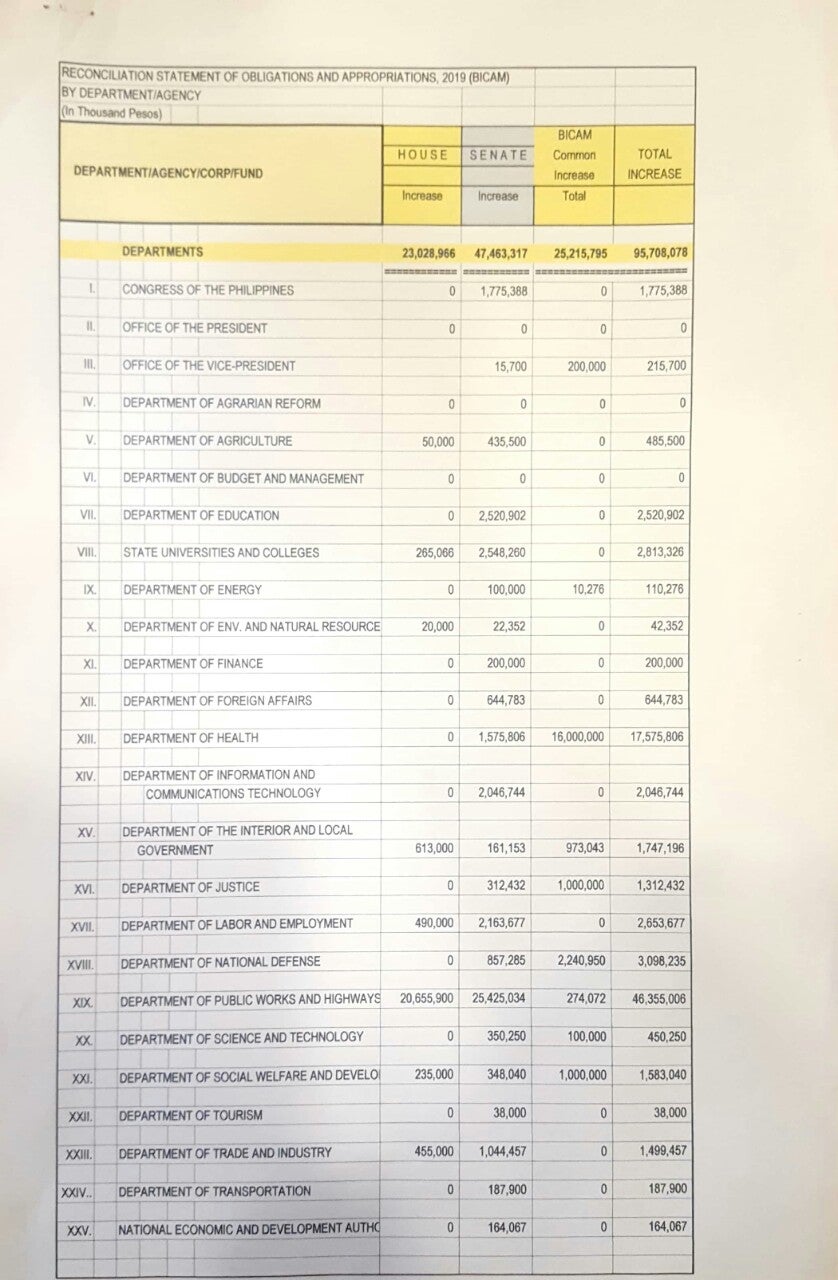 The budgetary support to government corporations received a P1.751 billion increase, while allocations to local government units were augmented by P1.213 billion.

Here are the rankings of the government agencies based on the increase they got: 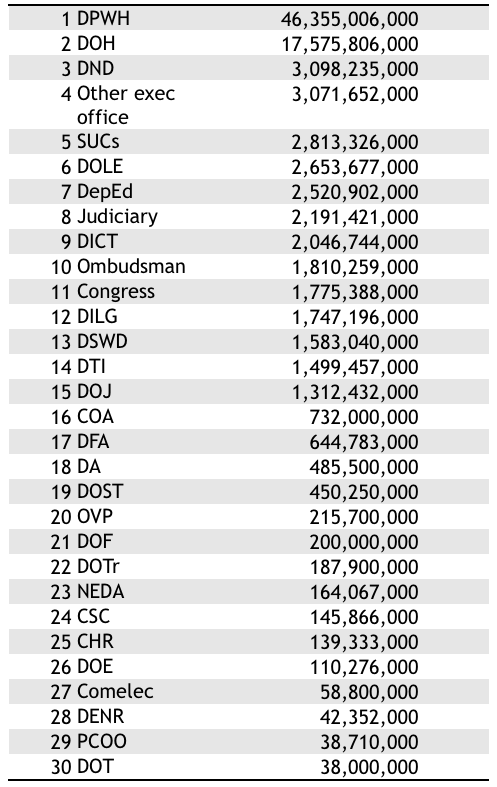 This year’s spending bill only needs ratification by both chambers of Congress before it could be sent to President Rodrigo Duterte for his consideration. Congress only has until this Friday, February 8, to ratify the bicam-approved financial plan, since it would go on an election break.

The updated and comprehensive amendments in the National Expenditure Plan have yet to be given to the media, as of this posting.