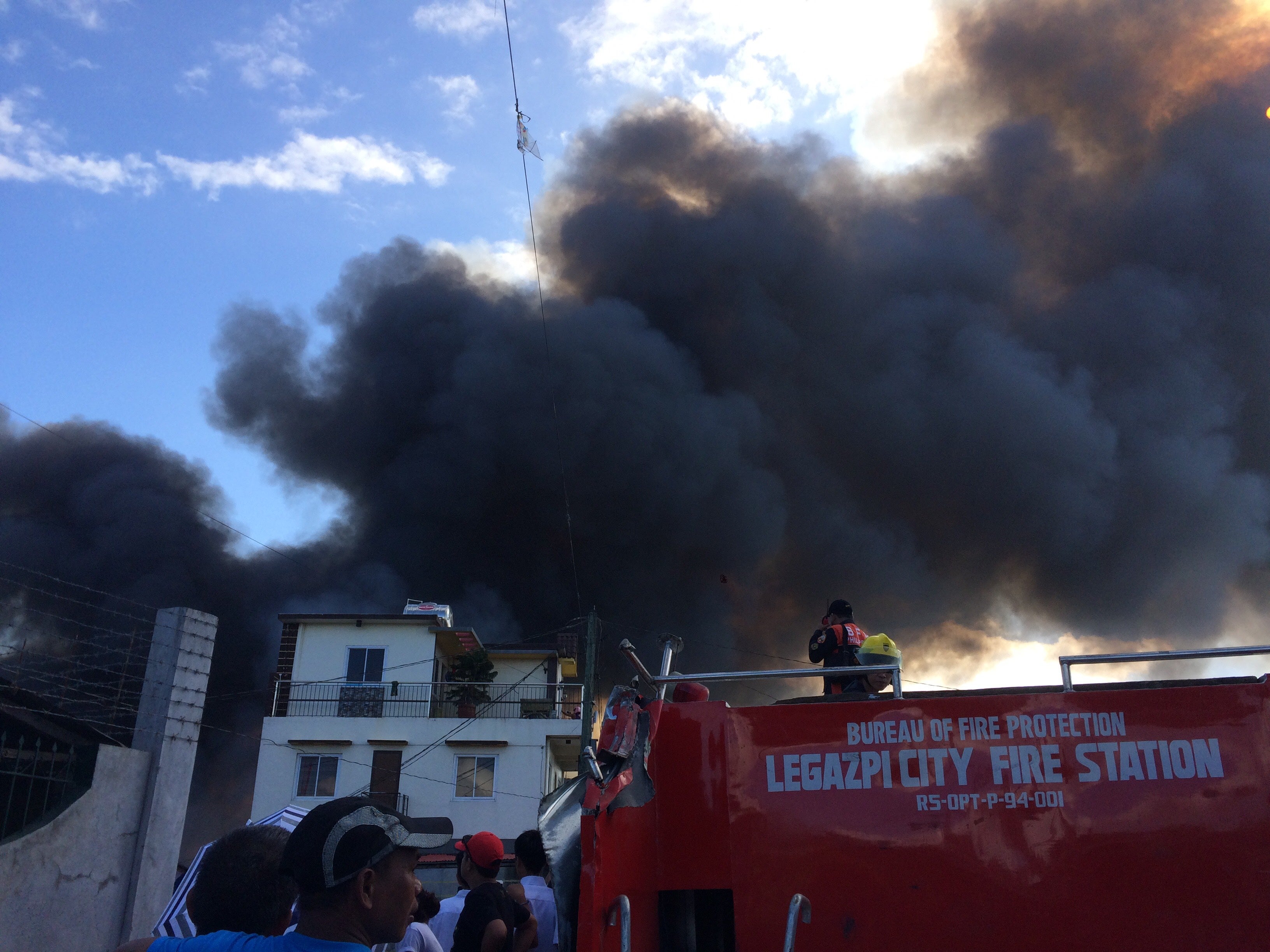 Residents who managed to escape the raging flames said the fire started around 2 p.m. from one of the houses at Purok (zone) 2 of Victory Village.

Mary Cris Dela Rosa, one of the residents, said the kitchen of her house was completely burned when the fire trucks arrived.

“We heard small eruptions when the fire burned electrical wires and ‘gasul’ (liquefied petroleum gas tank) in the houses behind ours,” she said.

She said they were not able to save their appliances and her sister’s fighting roosters.

Ruby Jenn Ayo, a mall employee renting a boarding house at the village, said they were able to leave the house just as the firefighters started pumping water into the area around the burning buildings.

She said the houses that burned were all made of light materials and were close to each other, making it easier for the fire to spread.

Black smoke rose to the sky as residents rushed to save their belongings.

Around six fire trucks from the cities of Legazpi and Tabaco and the local Filipino-Chinese fire volunteers responded.

At 3:45 p.m., the Bureau of Fire Protection declared the fire under control as firetrucks continued to pump water into the area.

The fire has not yet been declared completely out as of 3:55 p.m.

The origin of the fire was still undetermined as investigation continued./lzb