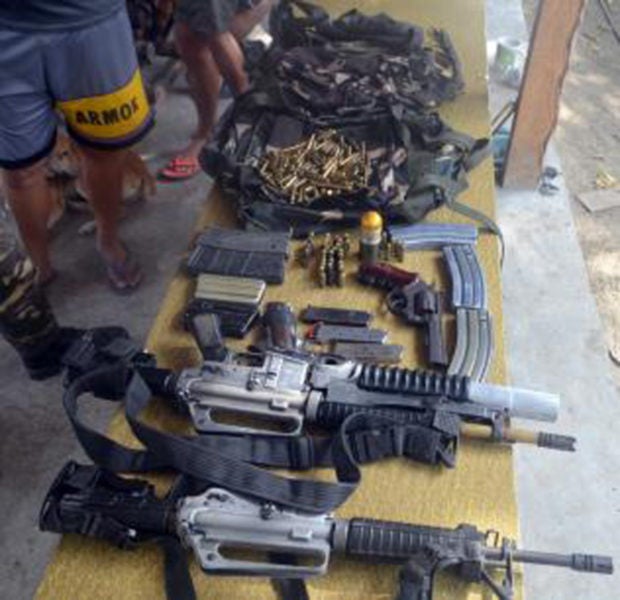 Maj. Gen. Cirilito Sobejana, the commander of the 6th Infantry Division, said members of 1st Mechanized Infantry Battalion found the high powered firearms at 7:30 a.m. inside the toilet at the back of the barangay hall of Buayan, Datu Piang, Maguindanao.

Datu Piang is one of the communities where the outlawed and IS-linked Bangsamoro Islamic Freedom Fighters (BIFF) operate, according to Sobejana, also chief of the Joint Task Force Central.

Concerned civilians earlier reported to the military the presence of BIFF members near the Buayan village hall.

Members of the 1st Mechanized Infantry Battalion responded to the report.

No more BIFF members were around when the soldiers started clearing operations.

“The timely and accurate information provided by the concerned civilians led to the recovery of the war materials,” Sobejana said.

“We will sustain our commitment to ensure the safety and security of the people in Central Mindanao against the BIFF,” Sobejana added./lzb