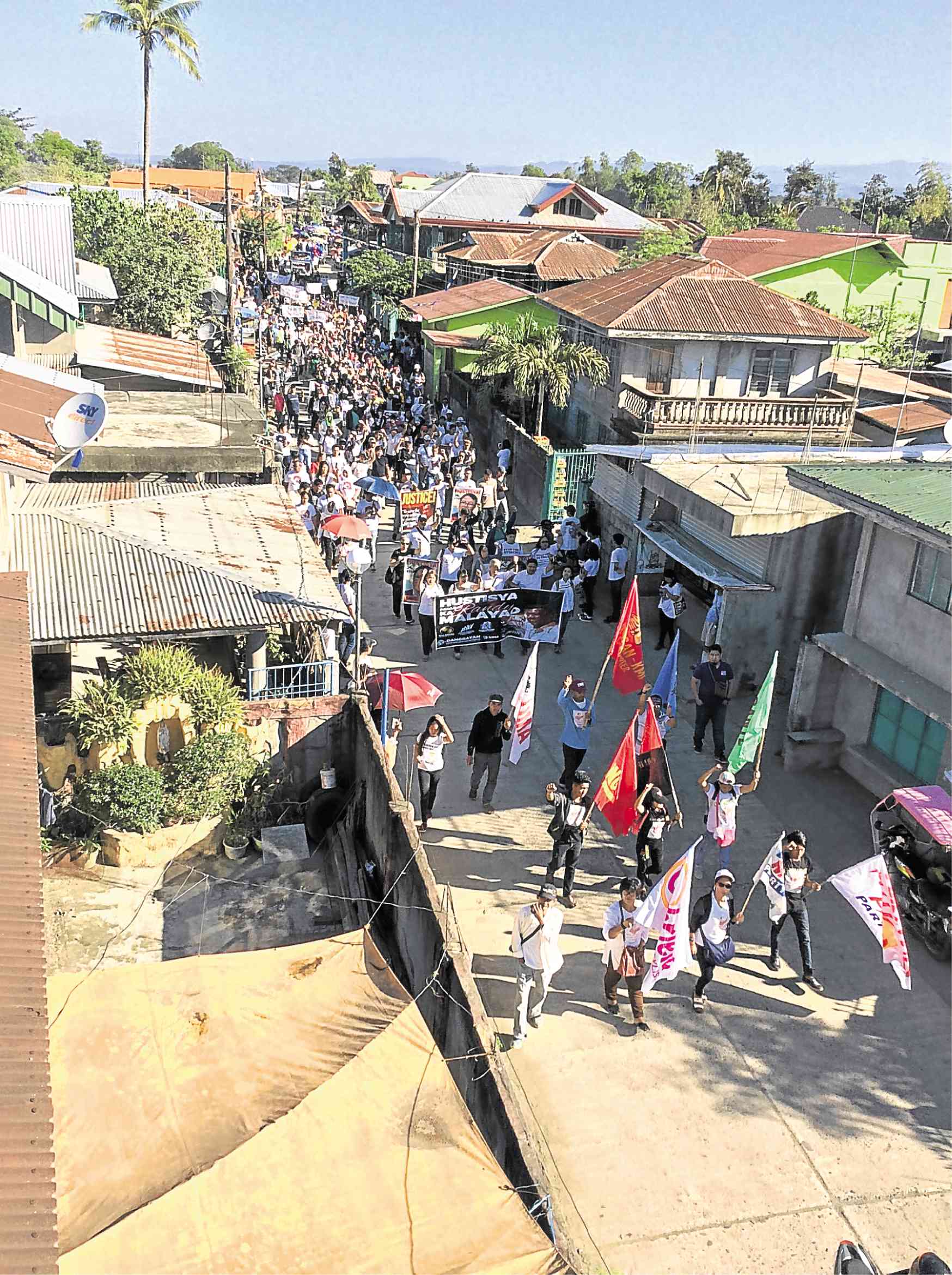 SAN PABLO, ISABELA — Perla Urpano was usually composed during the seven-day wake of National Democratic Front of the Philippines (NDFP) consultant Randy Malayao, greeting and thanking people who came to pay their respects to her brother.

But on Thursday, she wailed as family members bid their last goodbye to the slain peace and human rights advocate, who was buried at a public cemetery here.

More than 1,000 people, including farmers, joined the march from the Malayaos’ ancestral house in Barangay Minanga to the San Pablo Cathedral here, where more sympathizers waited.

Residents said it was the first time they saw a big crowd in the cathedral, where the necrological services for Malayao were held.

During the Mass, the officiating priest encouraged the people to take comfort in the life that Malayao lived.

“I know that all of us are grieving and angered, but we should rise above our grief and anger, and find comfort in the fact that Randy lived a meaningful life,” the priest said.

Malayao, 49, was killed by a lone gunman inside a bus in Aritao, Nueva Vizcaya, on Jan. 30.

His relatives had remained mum on the ongoing police investigation even as his sister, Urpano, was charged with grave threats, grave coercion and obstruction of justice on Wednesday.

These items, said Espino, should have been “vital evidence that could provide leads on Malayao’s killing.”

Lawyer Neri Colmenares, former Bayan Muna representative, also lambasted Malacañang for what he said was hypocrisy in its condemnation of Malayao’s murder.

According to an Inquirer.net report, Colmenares said Malacañang’s remarks on Malayao’s murder ran contrary to what he said were rumors being peddled by the Philippine National Police about Malayao.

On Feb. 4, Inquirer.net said in its report that local police pointed to a supposed quarrel between Malayao and New People’s Army (NPA) rebels as one of the motives for his killing. Local police had also branded Malayao as an NPA rebel.

On Jan. 31, presidential spokesperson Salvador Panelo said the murder of Malayao should be condemned because no one should be killed because of his beliefs. —REPORTS FROM KIMBERLIE QUITASOL AND VILLAMOR VISAYA JR.