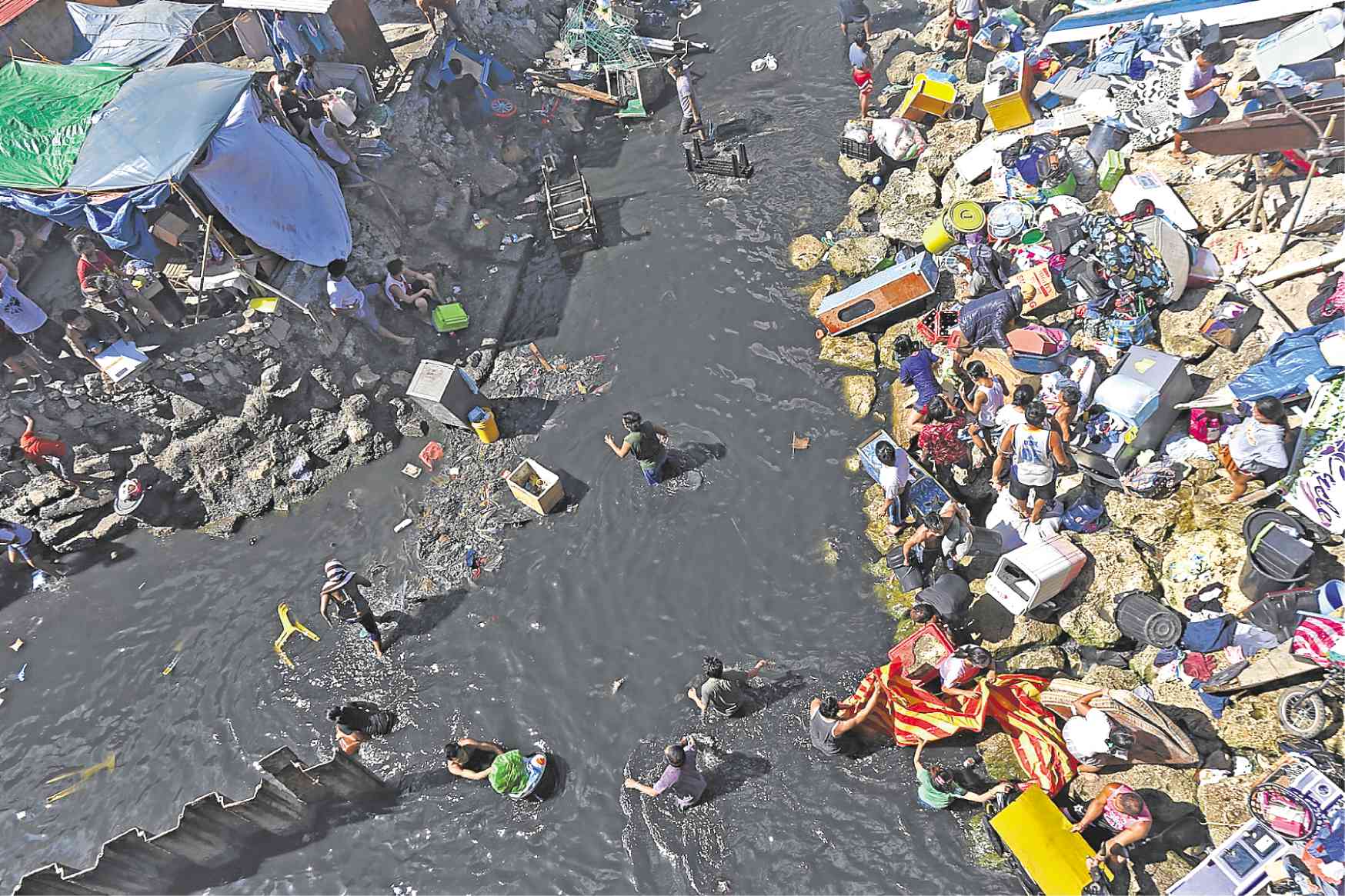 POOR AND HOMELESS Residents cross what looked like a heavily polluted creek to save their belongings during a fire that razed their communities in the village of Ermita in Cebu City. —JUNJIE MENDOZA/CEBU DAILY NEWS

CEBU CITY — One of the most impoverished areas in Cebu City was razed by fire, leaving hundreds of residents homeless and seeking shelter in an evacuation center.

At least 100 houses were razed by the afternoon fire in three communities in the village of Ermita in the city.

The fire was raised to general alarm after an hour.

At least 50 firetrucks from different parts of Cebu, including those from as far as Naga City and Consolacion town, rushed to the fire scene.

The fire lasted nearly two hours before it was declared under control.

Because of the narrow roads, fire fighters had difficulty penetrating the fire scene, Dolot said.

Dolot added that fire fighters also ran out of water.

“The houses were made of light materials and stood close to each other,” Dolot said. “That is why the fire spread quickly,” he added.