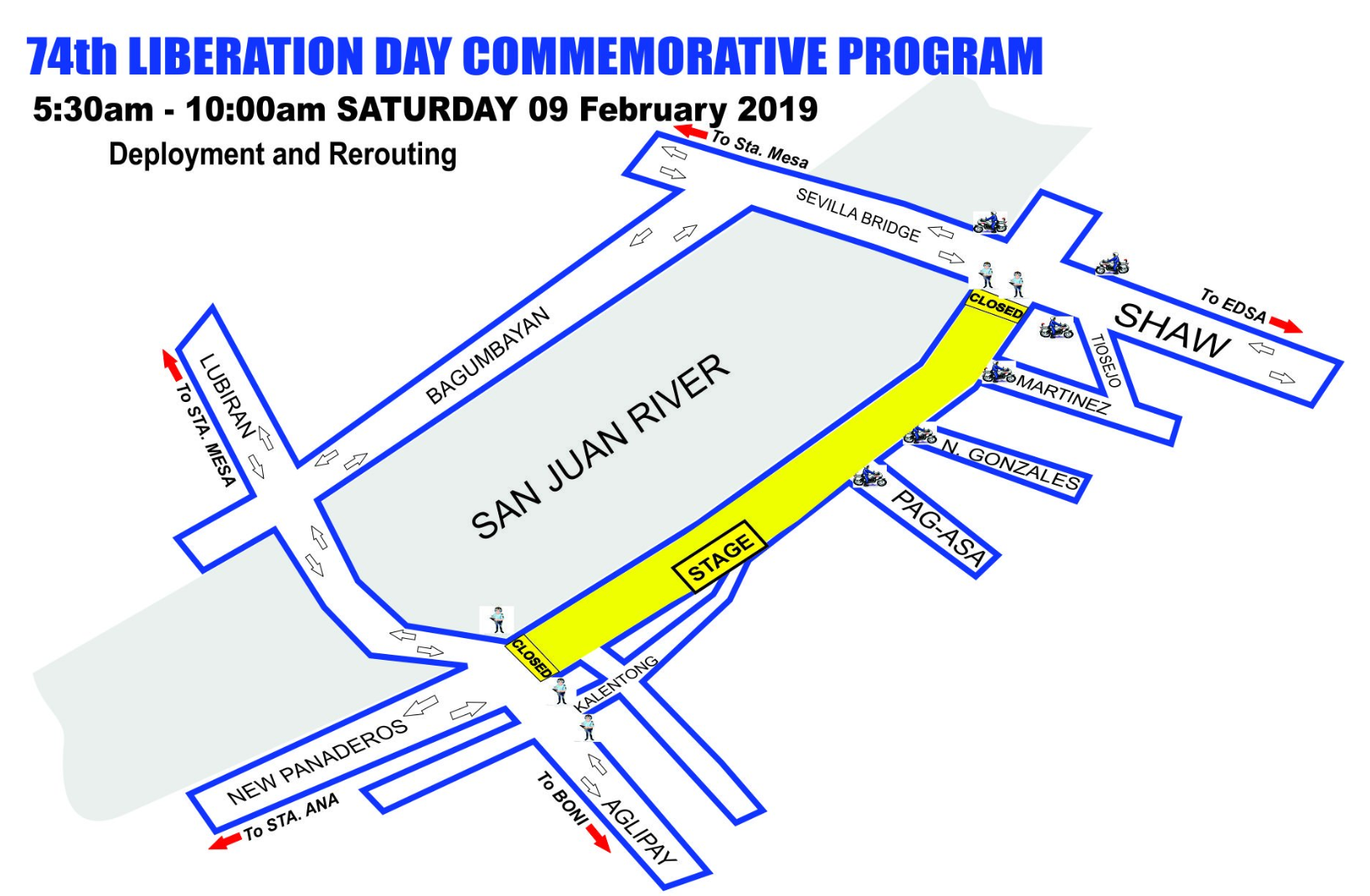 MANILA, Philippines — Mandaluyong’s Traffic Enforcement Division has issued a traffic scheme in anticipation of the Pasa Masid Grand Civic Parade that will be held in celebration of the city’s 74th Liberation Day and the 25th anniversary of its cityhood on Feb. 9 (Saturday).

In a tweet on Thursday, it announced that Kalentong St. will be closed from 6 a.m. to 6 p.m.

Motorists are advised to avoid the parade route on Shaw Boulevard, Bonifacio, A. Luna, Aglipay, Boni Avenue and Maysilo. They may also take the following alternate routes to avoid traffic: 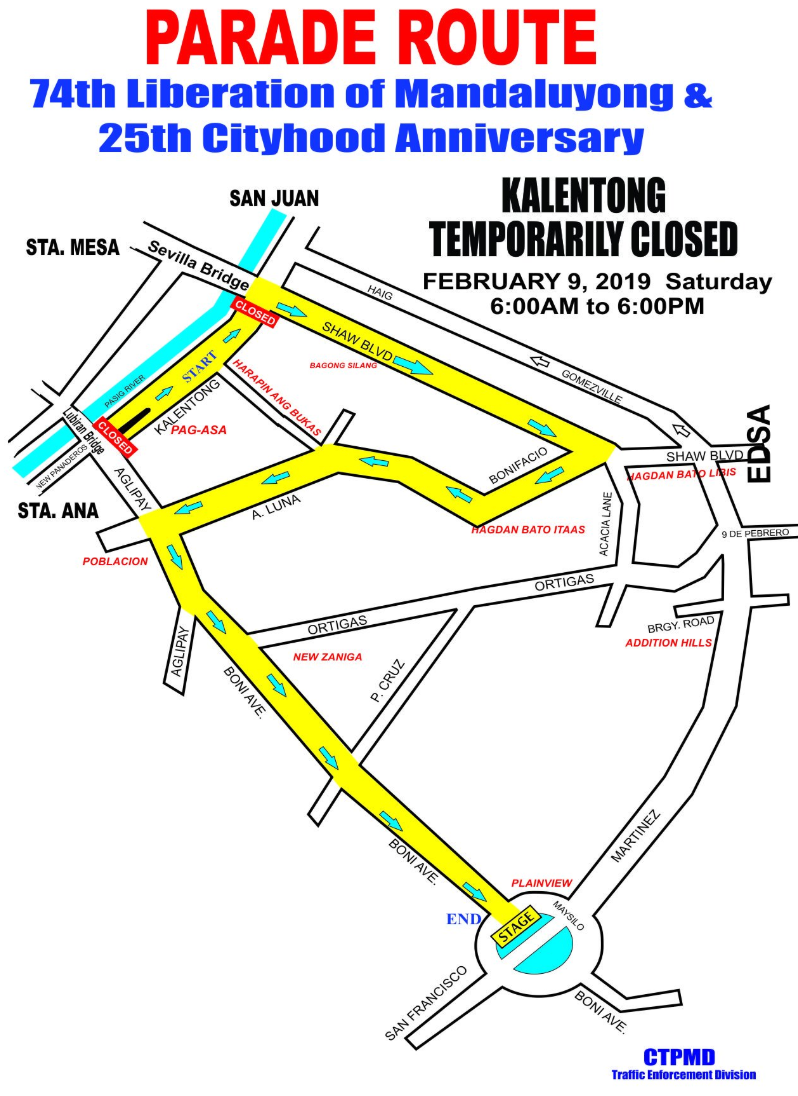 Vehicles from EDSA/ Shaw Boulevard going to Kalentong may go straight to Sevilla Bridge, turn left to Bagumbayan, and left to Lubiran Bridge.

At the onset of World War II, the Japanese Imperial Forces occupied Mandaluyong. In 1945, the American Liberation Forces helped liberate the municipality.

In 1994, President Fidel V. Ramos signed Republic Act No. 7675 which marked the conversion of Mandaluyong from municipality to a highly urbanized city.