Duterte walks out of Cabinet meeting over red tape, corruption

Duterte said that he found during the meeting that some project applications have been pending before the National Economic and Development Authority (Neda) for 25 years.

“Though no fault of anybody, I discovered very late that there are some applications which have been pending in NEDA for 25 years,” he said in a speech during the oath taking of newly-appointed government officials in Malacanang.

He also said he was dismayed with the slow land use conversion process at the Department of Agrarian Reform (DAR).

“So ‘yon namang sa conversion, it took them about two years? And two years that includes corruption. Pabalik-balik ‘yung tao, pabalik-balik. And there’s no end to it, the bleeding of the pocket of the guy and the… Not only the reputation but government suffers for it also,” he said. 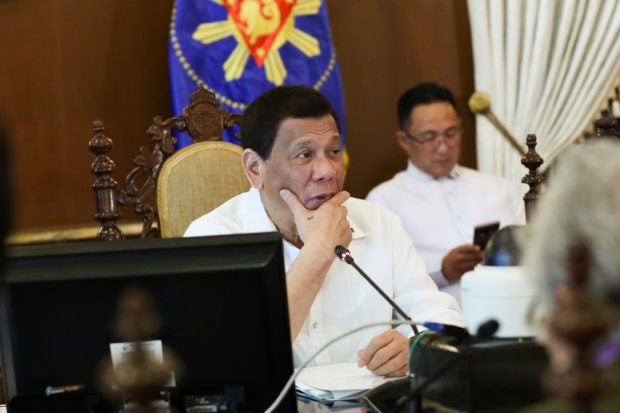 He also expressed disappointment over red tape in government.

“Well anyway, kung ganyan ang red tape or black tape, noong they started to — pinutol ko sila sabi kong ganun. This I would not like to be a part of this briefing because you put… This will not happen during my time. So why would I waste my time listening to this when it would take about two presidents to finish?” he said.

He then said he walked out of the Cabinet meeting and asked Executive Secretary Salvador Medialdea preside.