Wariness and hope in South Korea over second Trump-Kim summit 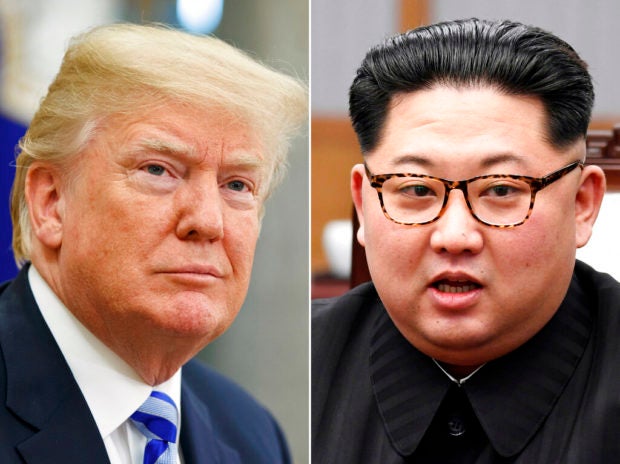 In this combination of file photos, US President Donald Trump, left, in the Oval Office of the White House in Washington on May 16, 2018, and North Korean leader Kim Jong Un in a meeting with South Korean leader Moon Jae-in in Panmunjom, South Korea, on April 27, 2018.  AP

SEOUL, South Korea — South Koreans, always deeply divided over how best to deal with their often belligerent northern neighbor, are reacting with both hope and wariness to US President Donald Trump’s announcement that he will hold a second nuclear disarmament summit with North Korean leader Kim Jong Un on Feb. 27-28 in Vietnam.

But for liberal South Korean President Moon Jae-in, who is eager to push ahead with ambitious plans for engagement with North Korea, a breakthrough in Vietnam is crucial. Moon served as diplomatic middleman between the US and North Korea following the North’s increasingly powerful string of weapons tests and Trump’s threats of military action in 2017,

A year of mostly fruitless diplomacy has led to serious doubts about Kim’s sincerity and Trump’s ability to force North Korea to significantly reduce the threat its nuclear weapons pose to the region and world.

“Denuclearization will be difficult because North Korea wants to keep nuclear weapons, and the United States wants them all gone,” Lee Sang-won, a 68-year-old retiree, said Thursday at a bustling Seoul train station.

Trump announced Vietnam as the summit venue during his State of the Union address on Wednesday, as millions of South Koreans made visits to their hometowns during Lunar New Year holidays.

On Thursday, Trump’s special envoy for North Korea, Stephen Biegun, held a second day of talks with officials in Pyongyang, North Korea’s capital, to hammer out summit logistics and an agenda. Biegun is expected to come to South Korea to brief officials as early as Friday.

Moon’s office said Wednesday that Seoul hopes Trump and Kim will make “concrete and substantial progress” in their talks in Vietnam, but few other details were released.

At Seoul Station, broadcasts of Trump’s summit announcement drew crowds in front of large TV screens. Trump, Kim and nuclear weapons were also likely subjects of heated political discussions at holiday dinner tables across the country. South Korea is split along generational and ideological lines on how to handle the North.

A wave of optimism greeted the diplomatic developments of 2018, which included three summits between Kim and Moon as well as the first Trump-Kim summit in Singapore, but South Koreans may have become much more skeptical in recent months. In a December poll of some 1,000 people by Gallup Korea, 45 percent of respondents said they do not believe Kim will keep his denuclearization promises, compared to 38 percent who said they trust Kim. The margin of error was 3.1 percentage points.

Despite the hype of Trump’s first meeting with Kim, the highly orchestrated one-day meeting in Singapore only produced a vague aspirational vow about a nuclear-free Korean Peninsula without describing when and how it would occur.

North Korea has since insisted that U.S.-led sanctions against the country should be lifted before there’s any progress in nuclear negotiations, and Kim has yet to convincingly show that he’ll voluntarily relinquish an arsenal he may see as his strongest guarantee of survival.

As skepticism mounts, the South Korean president wants to maintain an impression that things are moving toward North Korean denuclearization. Moon is trying to keep Washington hard-liners at bay and create more space for inter-Korean reconciliation, which he says is crucial for resolving the nuclear standoff.

The Koreas in past months have discussed reconnecting railways and roads across their border, resuming operations at a jointly run factory park in the North Korean border town of Kaesong and restarting South Korean tours to the North’s Diamond Mountain resort.

But tough sanctions have limited what they can do, with Washington insisting on keeping up economic pressure until North Korea takes stronger steps toward irreversibly and verifiably relinquishing its nuclear weapons.

Some in South Korea hope that Kim will be ready to make meaningful concessions in Vietnam that Trump could then respond to by partially easing the sanctions on the North to allow more inter-Korean cooperation.

One potential deal could see North Korea agreeing to dismantle key parts of its Nyongbyon nuclear complex, freeze its nuclear program and allow in inspectors in exchange for the United States granting sanctions exemptions for inter-Korean activities at Kaesong and Diamond Mountain, said Koh Yu-hwan, a North Korea expert at Seoul’s Dongguk University.

Ahead of his visit to the Koreas, Bigeun said last week that Kim had committed to “the dismantlement and destruction of North Korea’s plutonium and uranium enrichment facilities” during a September summit with Moon and at a meeting with the U.S. secretary of state in October.

“In Singapore, Trump and Kim were chased by time and they couldn’t even get to the main subject,” said Koh, who is also a policy adviser to Moon. “This time they will at least have to agree on what the early steps of the denuclearization process would be. They can’t let another summit be called a failure.”

Shin Beomchul, a senior analyst at Seoul’s Asan Institute for Policy Studies, said a key point of the summit will be whether North Korea agrees to accept inspectors to verify its activities to dismantle its nuclear facilities.

“If both sides agree on the declaration, verification and dismantling of the Nyongbyon nuclear facility, we can say that it was a successful summit,” Shin said.

There’s also speculation about a possible four-way meeting, also including Moon and Chinese President Xi Jinping, to declare a formal end to the Korean War, which stopped with an armistice and left the peninsula still technically at war.

Both Koreas have endorsed an end-of-war declaration as a trust-building measure that could move nuclear diplomacy forward. But Washington has insisted that North Korea needs to first take more concrete steps toward denuclearization.

While such a declaration wouldn’t imply a legally binding peace treaty, experts say it could create political momentum that would make it easier for North Korea to steer the discussions toward a peace regime and security concessions. /ee