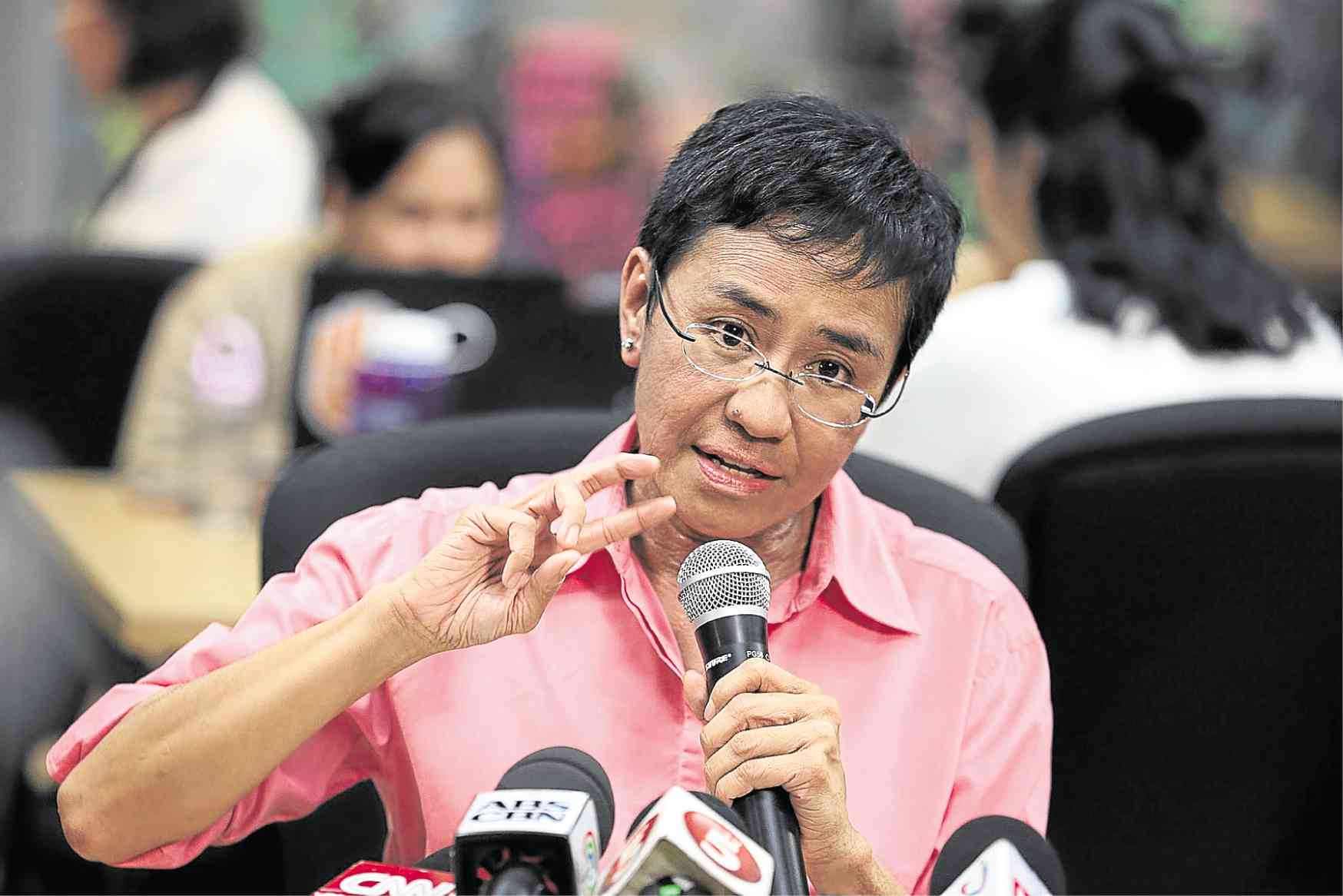 The Department of Justice (DOJ) has ordered the indictment for cyberlibel of online news website Rappler, its editor and a reporter over an article about a businessman lending cars to Chief Justice Renato Corona during his impeachment trial.

In a resolution dated Jan. 10 but released to the media only on Wednesday, the three-member preliminary investigation panel headed by Prosecutor Edwin Dayog said it found probable cause to charge editor Maria Ressa, reporter Reynaldo Santos Jr. and Rappler Inc. in court.

The case under a controversial cybercrime law penalizing online libel adds to legal pressure on Ressa and her news site Rappler, which has already been hit with tax evasion charges that could shutter the outlet and put her behind bars.

Ressa, who was named a Time magazine “Person of the Year” in 2018 for her journalistic work, slammed the fresh case as a new front of “harassment” intended to silence her website.

“This indictment is evidence that the law has been weaponized: the NBI’s own lawyers recommended the case be thrown out and the prosecutors wrongly named me an editor,” she said in a statement.

Rappler has drawn the administration’s ire since publishing reports critical of President Rodrigo Duterte’s signature antidrug crackdown that has killed thousands of alleged users and pushers since 2016.

The case stemmed from a May 2012 article written by Santos and republished in February 2014 which claimed that “controversial businessman” Wilfredo Keng lent sport utility vehicles to Corona.

The article went on to detail Keng’s supposedly suspected involvement in at least three crimes.

The police had found that the black Chevrolet Suburban Corona was renting during the impeachment trial in 2012 was using a plate number registered to another vehicle.

When Rappler denied Keng’s demand to take down the article, the businessman sought the help of the National Bureau of Investigation, a cocomplainant in the case.

The prosecutors said the article contained all the four elements of libel, namely that the article must be defamatory, malicious, given publicity and with an identifiable victim.

“The publication complained of imputes to complainant Keng the commission of crimes. It is clearly defamatory,” they said.

“Under Article 354 of the Revised Penal Code, every defamatory imputation is presumed to be malicious, even if it be true, if no good intention or justifiable motive for making it is shown,” they added.

The DOJ panel said that while the original article was not covered by Republic Act No. 10175, or the Cybercrime Prevention Act of 2012, which only took effect in September 2012, the republished article was punishable under the law.

The ruling cited a 1988 Supreme Court decision stating that “under the ‘multiple publication rule,’ a single defamatory statement, if published several times, gives rise to as many offenses as there are publications.”

The penalty for libel under the Revised Penal Code is six months to four years, but RA 10175 increased the penalty of libel committed online to four to eight years.

Other respondents in the case, Rappler officers and editors Manuel Ayala, Nico Jose Nolledo, Glenda Gloria, James Bitanga, Felicia Atienza, Dan Alber de Padua and Jose Maria Hofileña were cleared because there was no proof that they participated in committing the offense or exercised supervision or control over Santos.

The President has lashed out at other critical media outfits, including the newspaper Philippine Daily Inquirer and broadcaster ABS-CBN.

He had threatened to go after their owners over alleged unpaid taxes or block the network’s franchise renewal application.

Nonoy Espina, chair of the National Union of Journalists of the Philippines, said the case would set an ominous precedent.

“This is an extremely dangerous proposition since it essentially means anyone can be made liable for anything and everything they posted even way before the cybercrime law,” he added.

Guevarra denied the government’s decision to pursue the case was an effort to put pressure on the website.

“We do not inject politics in our work. No one tells us how to go about doing our job. We give contending parties equal opportunities to present their side,” Guevarra told AFP.

Under the tax case, the government accuses Rappler Holdings Corp., Ressa and the site’s accountant of failing to pay taxes on 2015 bond sales that it alleges netted gains of P162.5 million. —Reports from Jerome Aning and AFP