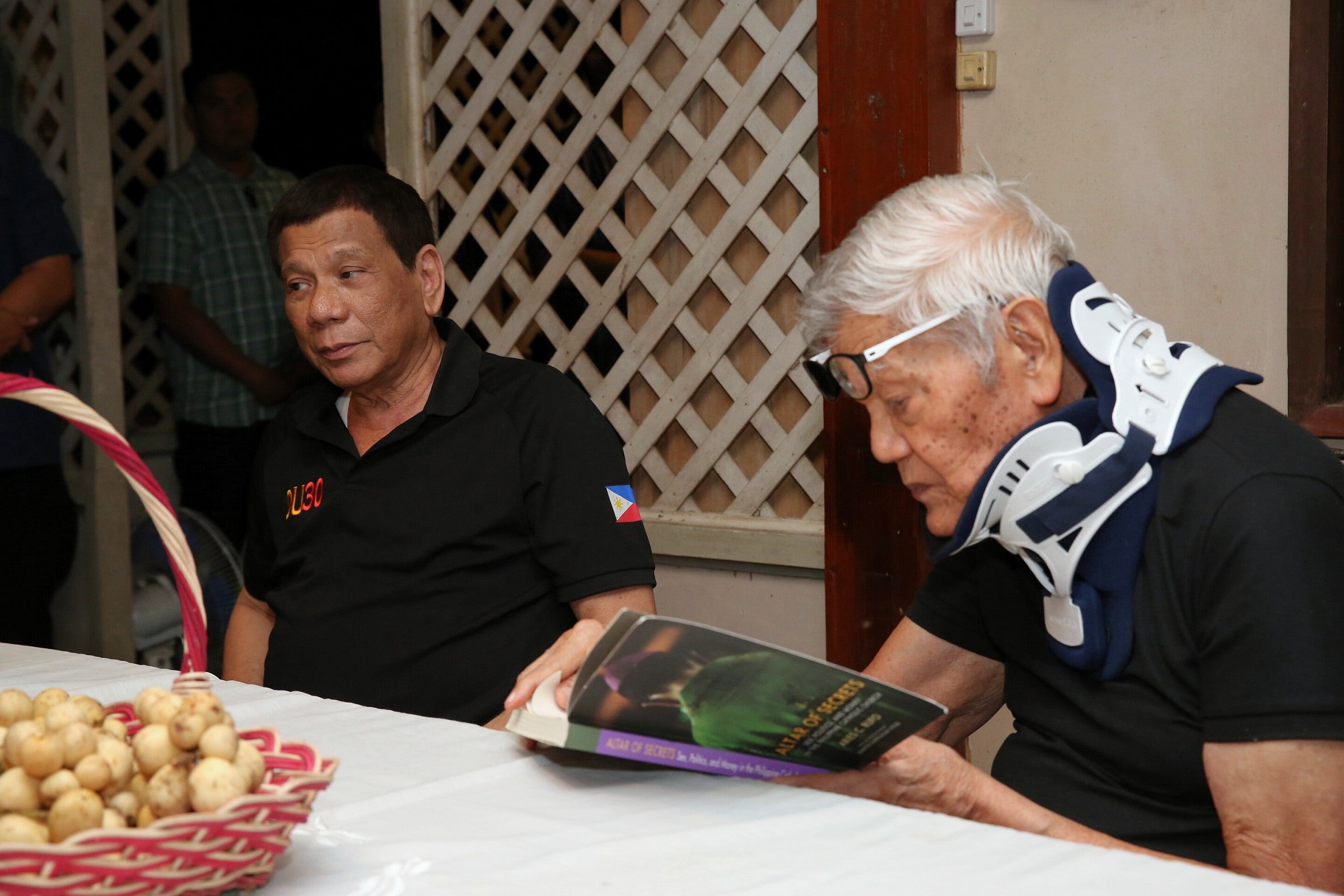 President Duterte had stepped up his public appearances in the past two days when he met with families of the five soldiers killed in clashes with the Abu Sayyaf and visited the wake of the wife of a former Mayor in Cagayan de Oro City.

Mr. Duterte’s public appearances came days after he denied rumors he was gravely ill or had passed away in a video posted by his partner Honeylet Avancena on Facebook.

The rumors began when the President skipped an event in Leyte last week.

Presidential spokesperson Salvador Panelo said on Wednesday the President met last Monday with the families of the five killed in action (KIA) soldiers from the encounter against the Abu Sayyaf Group in Patikul, Sulu last February 2 and one (1) KIA soldier from the bombing incident in Jolo, Sulu, last January 27. The meeting took place in Matina Enclaves in Davao City, Panelo said.

“The President condoled with the bereaved families and honored the fallen soldiers for their heroism by awarding them the Order of Lapu Lapu (rank of Kalasag,” he said.

Likewise, Panelo said President Duterte “comforted the grieving families and assured them of the government’s assistance in terms of housing, livelihood, employment and educational assistance, among others.”

The President stayed for more than an hour to talk to Canoy and family members, according to a Palace statement.