‘Hatib Sawadjaan is overall ISIS leader in the Philippines’ — Año 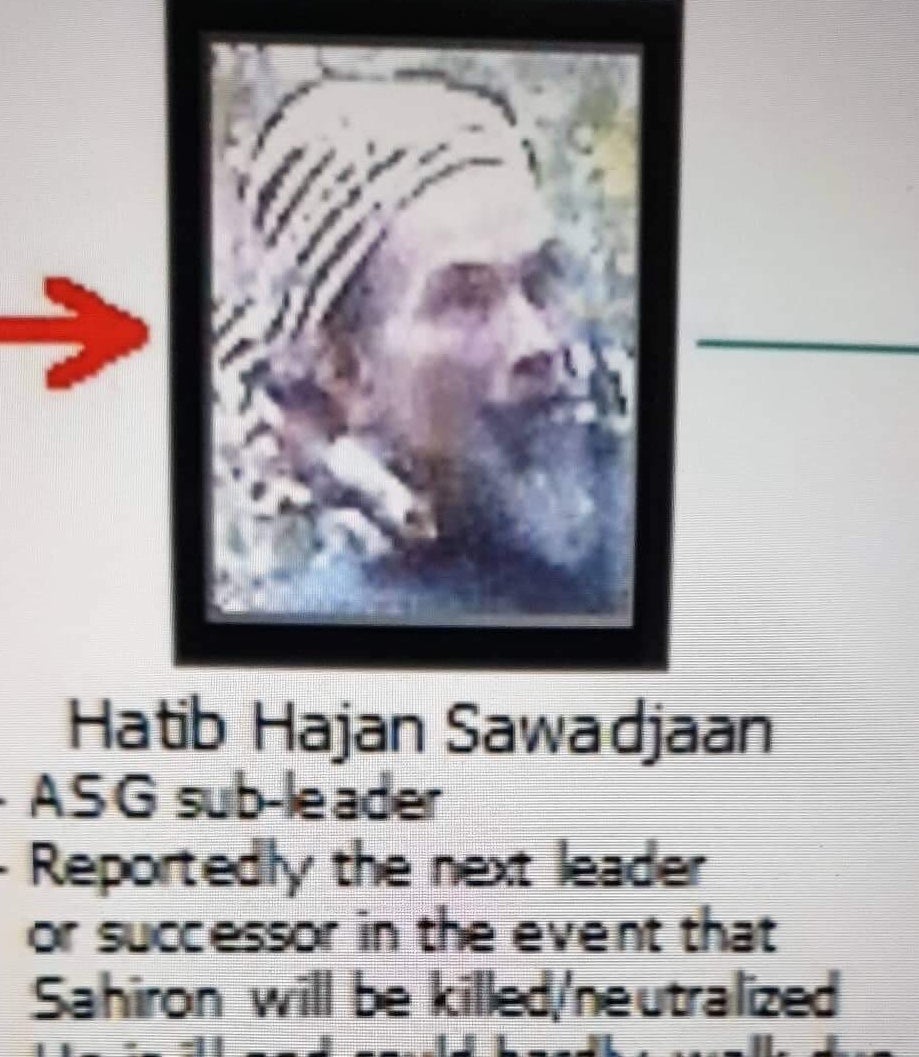 MANILA, Philippines — Abu Sayyaf sub-leader Hatib Sawadjaan, one of the main suspects in the recent deadly bombings in Jolo, is the recognized overall leader of the Islamic State-linked groups in the Philippines.

Interior Secretary Eduardo Año told reporters on Wednesday that Sawadjaan assumed as the leader of local groups that have pledged allegiance to the ISIS some time during third quarter of 2018.

Sawadjaan is not, however, the replacement of Isnilon Hapilon as the “emir” of the ISIS in Southeast Asia.

Hapilon was killed during the final stretch of the five-month battle between government forces and Maute-ISIS in Marawi City in October 2017.

The military earlier said it was Maute Group sub-leader Abu Dar that had replaced Hapilon in leading extremist groups associating themselves with the ISIS.

Sawadjaan is currently the subject of military operations in Sulu, after twin explosions at a cathedral in late January killed 23 people and injured about a hundred.

A US report also identified Sawadjaan as the acting emir of the ISIS in the Philippines.

“This quarter, USINDOPACOM reported that it had no update on the status of an ISIS-Philippines emir, but it still believed Hatib Sawadjaan, an Abu Sayyaf Group sub-unit commander, was the acting emir,” said the 5th Lead Inspector General quarterly report on Operation Pacific Eagle-Philippines report released this week.

But it was not clear if Sawadjaan was recognized by the Syria-based ISIS leadership.

“According to media reports, AFP officials identified Abu Dar, a Maute Group leader, as a potential ISIS-Philippines emir. However, as of this quarter, no unified leader of ISIS-Philippines was recognized by the extremist groups in the Philippines or ISIS-Core,” the report said.

The US report also said that during the last quarter of 2018, it had found “no evidence of a direct relationship” between the Syria-based ISIS and the local extremist groups here, “and that the death and imprisonment of key ISIS-Philippines individuals following the October 2017 conclusion of the Marawi siege ‘fractured the relationship’.” /kga