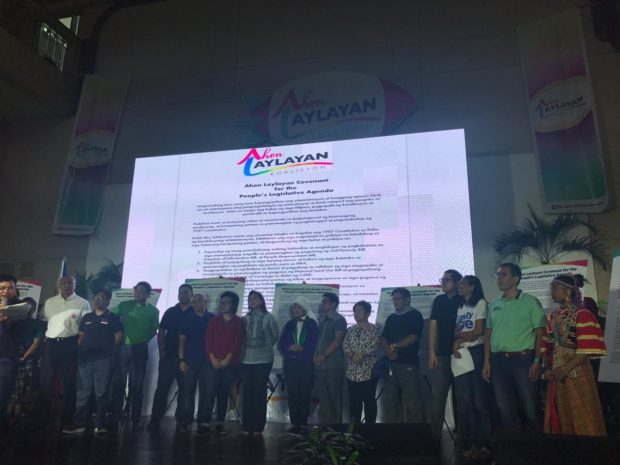 Ahon Laylayan is a multi-sectoral organization sought to “fighting poverty and hunger through inclusive development, building democracy by resisting dictatorship and strengthening people’s participation to make governance responsive in light of the efforts to change the current Constitution.”

The covenant also sought the passage of the Freedom of Information Bill, Anti- Dynasty Bill and People Empowerment Bill to allow people’s participation in government service.

The covenant also seeks to protect children’s rights by opposing the lowering of minimum age of criminal responsibility.

The covenant is also batting for the National Land Use Bill and Comprehensive Agrarian Reform Program to strengthen agriculture in the Philippines.

The covenant likewise pushed for the protection of workers’ rights.