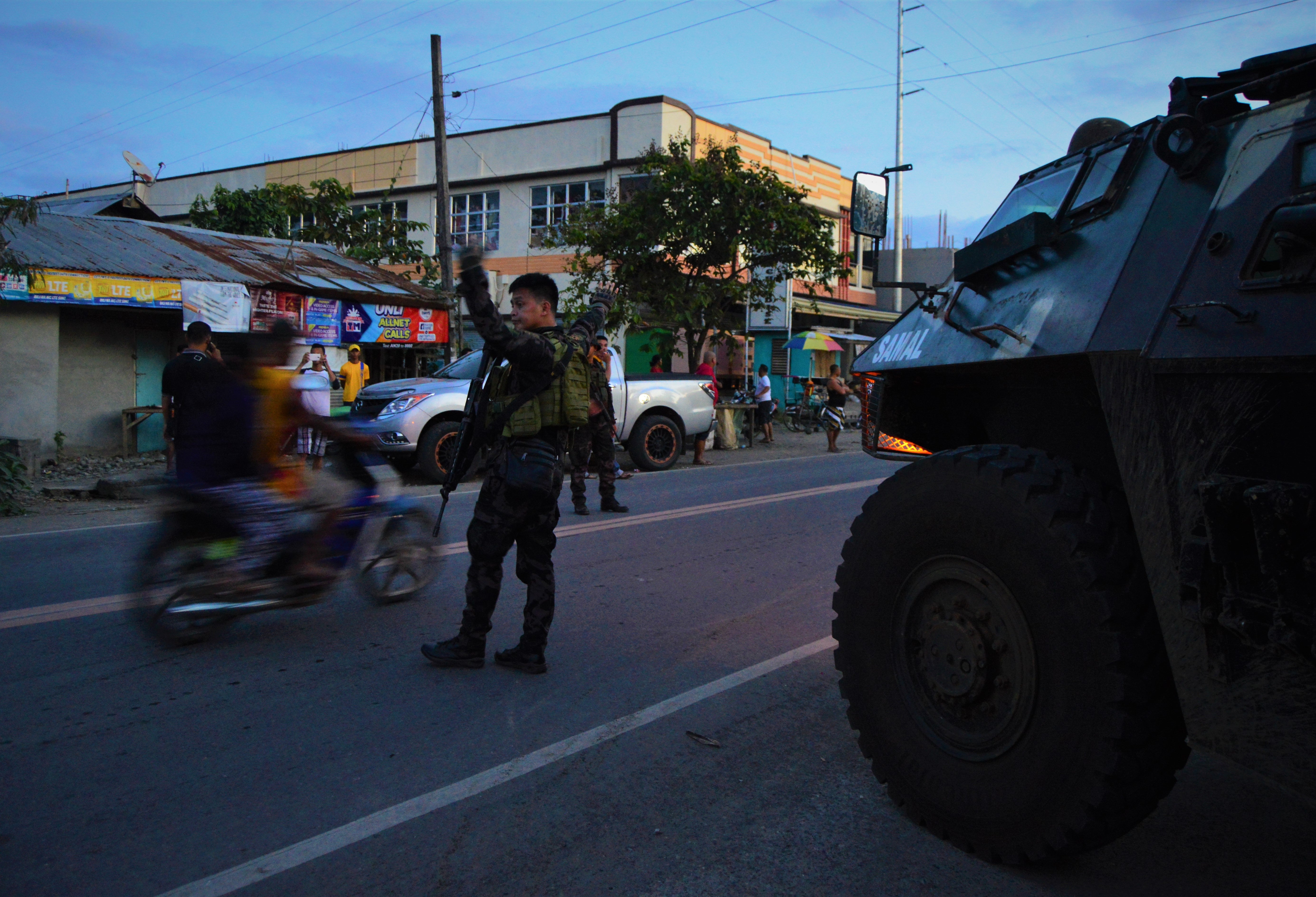 Police and military personnel man a checkpoint along the national highway in Lala, Lanao del Norte, as the people of the province cast their vote whether six of the province’s towns will be included in the soon-to-be-created Bangsamoro region. INQUIRER / JIGGER J. JERUSALEM

MANILA, Philippines — Over 7,300 policemen and soldiers were deployed for the second day of the plebiscite for the Bangsamoro Organic Law (BOL) in Lanao del Norte and North Cotabato on Wednesday, the Philippine National Police (PNP) said.

The PNP said a total of 7,312 personnel would secure the plebiscite. Of the number, 5,573 are policemen, while 1,739 are members of the military.

PNP data show that 3,463 policemen were from Lanao del Norte, with more coming from nearby regions and the Special Action Force.

In North Cotabato, 1,410 police were deployed.

The PNP also has a contingency force of 700 officers.

On the eve of the plebiscite, three explosions hit the towns of Lala, Kauswagan, and Sultan Naga Dimaporo in Lanao del Norte. No casualties were reported, police said.

“The PNP security operations in Lanao Del Norte and North Cotabato are well in place to make the plebiscite today safe, peaceful and orderly,” Banac said. “We call on our people to remain vigilant and report to the police any suspicious person or thing they may find.” /cbb