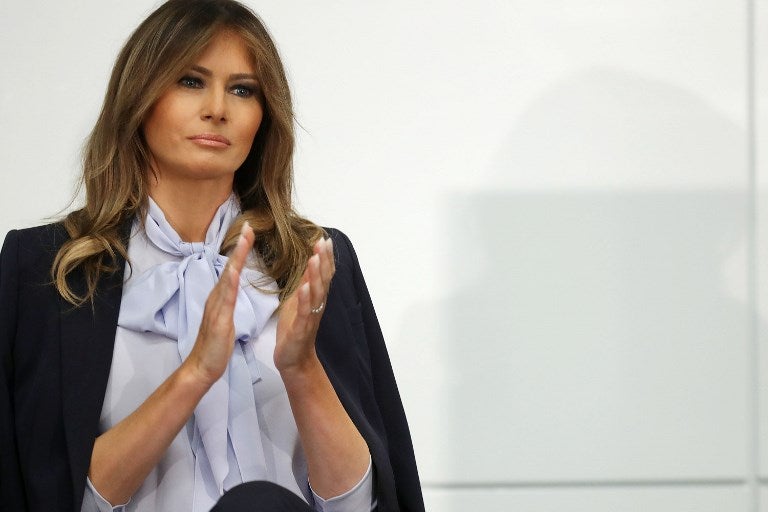 NEW YORK, United States – Forced to endure months of bullying for sharing the same surname as the US president, Joshua Trump dropped out of school and told his mother he had lost the will to live.

His story eventually caught the attention of First Lady Melania Trump, who has invited the 11-year-old to join her for Donald Trump’s annual State of the Union address to Congress on Tuesday.

But achieving national fame was never the goal for the sixth-grader from Wilmington, Delaware — who, like many his age — just wanted to fit in.

“I’m tired of the bullying,” the schoolboy told the news site Inside Edition in December.

“They say are you related to Donald Trump? And I say, ‘Would I be here if I’m related to him?'”

The constant mockery became so bad that his parents eventually pulled him out of school in 2017 and taught him at home for a year, before re-enrolling him when he was due to start middle school.

But the issues he was facing did not go away.

His mother Megan Trump tried to sign him up for a different school bus to avoid certain students responsible for the constant teasing, but on the very first trip the driver asked him about his name.

“He said he hates himself and he hates his last name and he feels sad all the time and he doesn’t want to live feeling like that anymore. And as a parent, that’s scary,” his mother told a local television news station.

His school instructed his teachers not to use his surname any more, and disciplined five students, who apologized to the boy.

“It went to the point where he and the school were going to change his last name” and instead go by “Berto” — his father’s surname, Claudio Cerullo, the founder of the site TeachAntiBullying.org, told AFP. “But we encouraged him not to do that.”

His organization awarded Joshua a national anti-bullying medal for courage late last year, which prompted the White House to reach out last month to invite him to the annual presidential speech.

Melania Trump has made her anti-bullying campaign the centerpiece of her legacy as first lady, although there have been few concrete steps aside from public appearances and roundtable discussions.

“I hope that it brings greater awareness to this issue because it’s not just about Joshua Trump,” said Cerullo. “There’s many, many other children who are victimized in the United States and around the world.”

But he acknowledged the move puts the first lady in an awkward spot, since her husband is frequently slammed for his denigrating public attacks on political foes, critics and the media, and often resorts to petty name-calling.

“The first lady is in a very difficult position,” Cerullo said. “I’m hopeful that she’s very impactful upon on her husband.” /cbb