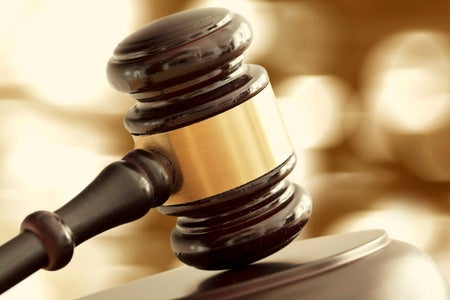 LOS ANGELES, United States — A nurse accused of raping and impregnating a woman described in a “vegetative” state at a long-term care facility entered a not guilty plea on Tuesday at his first court appearance.

Shackled and wearing orange prison garb, Nathan Sutherland, 36, entered his plea through his attorney, David Gregan, at a hearing at Maricopa County Superior Court that lasted only minutes.

“Mr Sutherland, just as you and I are, is entitled to due process of law,” Gregan told reporters after the hearing.

Sutherland, a licensed practical nurse, was arrested last month after police launched an investigation into how the 29-year-old victim, who has not been identified, gave birth to a baby boy in December at a nursing care facility in Phoenix.

His DNA was matched to that of the baby, authorities said.

Sutherland’s attorney said after the arrest that there was “minimum evidence” against his client and that he intended to have a separate DNA test carried out.

Staff at the health care facility — Hacienda HealthCare — have said they did not know the female patient was pregnant until she gave birth on December 29.

Authorities describe the woman in court documents as “not alert” and needing maximum care.

Sutherland, who had been working at the facility since 2012, was her primary nurse at the time of the assault. He was fired after his arrest and the victim was removed from Hacienda.

The baby is being cared for by the woman’s relatives who are members of the Apache tribe.