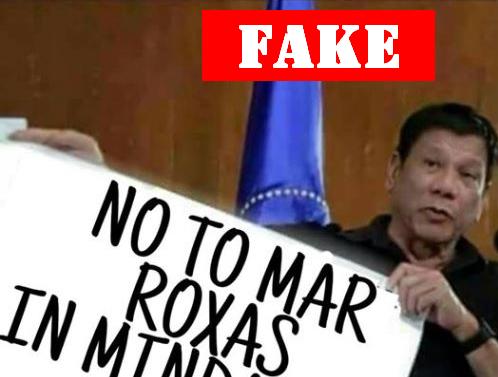 This is a fake photo of President |Rodrigo Duterte holding up a sign with these words superimposed: “NO TO MAR ROXAS IN MINDANAO.” (From a Facebook screenshot)

The photo featured Duterte holding a white banner with the words “NO TO MAR ROXAS IN MINDANAO.”

[Yes, you will get zero here in Mindanao.]

Roxas is seeking a Senate seat under the Liberal Party in the May 2019 elections.

According to AFP’s Fact Check, a reverse image search showed that the fake photo is from the Facebook account of the Presidential Communications Operations Office (PCOO).

The caption says: “President Rodrigo Duterte presents a chart illustrating a drug trade network of high-level drug syndicates in the Philippines during a press conference, July 7, 2016.” 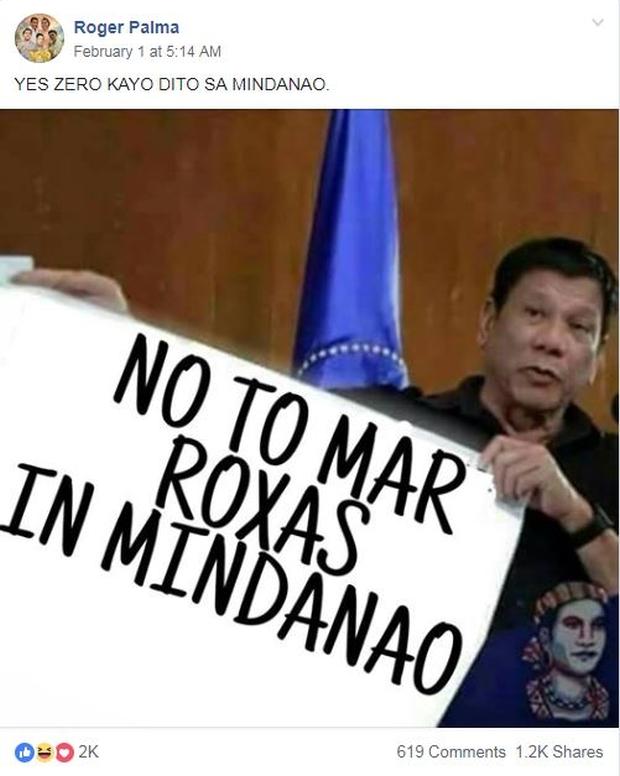 Screenshot of a Facebook posting of the fake photo.