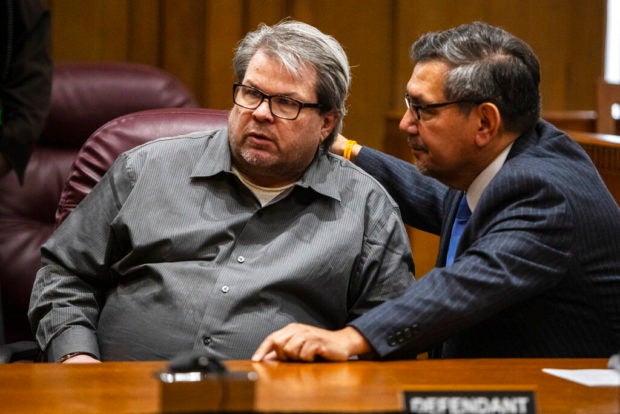 In this Jan. 7, 2019 file photo, Jason Dalton (left) talks with his defense attorney Eusebio Solis moments before pleading guilty to six counts of murder and several other charges at the Kalamazoo County Courthouse in Kalamazoo, Michigan.  AP

KALAMAZOO, Michigan — A Michigan man who pleaded guilty last month to killing six strangers between picking up rides for Uber is set to be sentenced to life in prison with no chance for parole.

Jason Dalton is scheduled to receive the mandatory sentence Tuesday in Kalamazoo County. The surprise guilty plea as lawyers and a judge planned for jury selection came Jan. 7 — nearly three years after he shot eight people at three locations.

Four women, a man and a 17-year-old boy were killed.

Dalton told a judge last month that he wanted to plead guilty “for quite a while.” Defense attorney Eusebio Solis said he advised Dalton against it but added his 48-year-old client wanted to spare the victims’ families more grief.