Green light on for SLEx extension to Laguna, Quezon 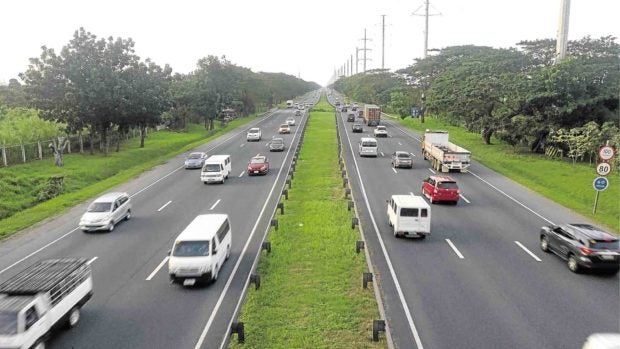 SOUTHERN LINK The project extending the South Luzon Expressway is expected to make the transport of goods and people to Calabarzon and Bicol regions faster and safer. —REM ZAMORA

Suarez, during a meeting of the Provincial Development Council last week, said the Department of Public Works and Highways (DPWH) was finalizing the groundbreaking schedule before actual construction started for the project extending SLEx from Sto. Tomas town in Batangas province to Lucena City.

The SLEx extension project, its proponents said, will cut travel time between Santo Tomas and Lucena from the current three hours to just an hour.

During the recent Meet Inquirer Multimedia forum, Public Works Secretary Mark Villar confirmed that the SLEx-TR4 would push through after the DPWH acquired a “significant portion” of road right of way (ROW) for the project.

The project broke ground during the term of former President Gloria Macapagal-Arroyo. 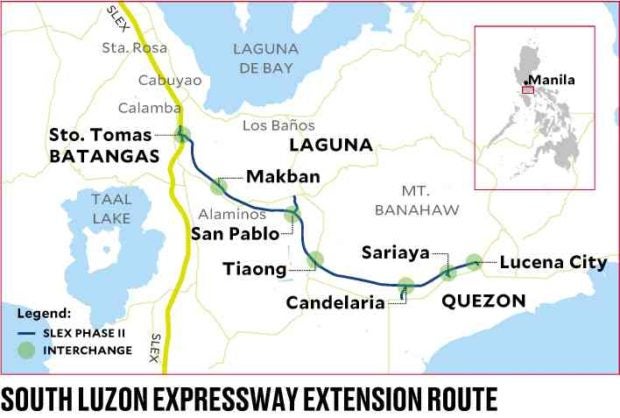 In 2015, then President Benigno Aquino III held another groundbreaking in Tiaong, Quezon.

But the settlement of the ROW among landowners has been preventing construction work to proceed.

To help the DPWH resolve the SLEx-TR4’s ROW issue, Suarez initiated a meeting with 699 landowners from Tayabas City and the towns of Sariaya, Candelaria and Tiaong in August last year.

“The meeting hastened the process and issuance of [entry] permits … by the landowners. Without that permit, the contractor would not be able to start the road construction,” Suarez said. —Delfin T. Mallari Jr.