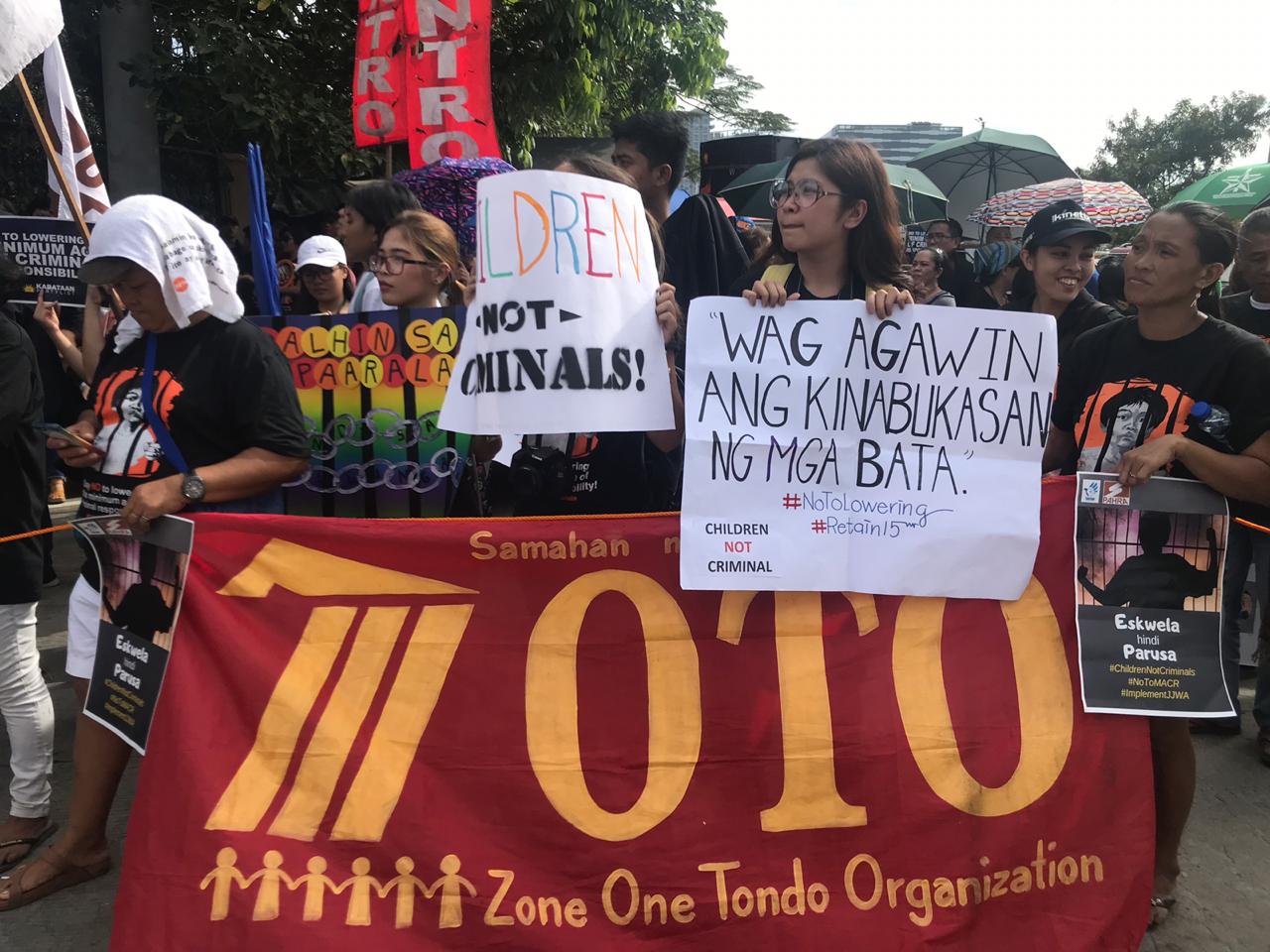 Child rights advocate groups flock to the Senate complex to voice out their opposition to lower minimum age of criminal responsibility. Photo by Cathy Miranda/INQUIRER.net

MANILA, Philippines — Different child rights groups have staged a protest outside the Senate complex on Monday to oppose the proposed law that would lower the minimum age of criminal responsibility (MACR) for minors.

Groups such as the Salinlahi Alliance for Children’s Concerns, Philippine Alliance of Human Rights Advocates (PAHRA), In Defense of  Human Rights and Dignity Movement (iDefend), the Missionary Benedictine Sisters of the Manila Priory and the Academic Community of St. Scholastica’s College and other organizations flocked to the gates of the Senate complex as they urged lawmakers to halt the lowering of the MACR.

The House of Representatives has approved House Bill 8858 that would lower the minimum age of criminal responsibility of minor from 15 years old to 12 years old.

Meanwhile, the Senate is currently tackling its version of the said measure.

Bonganay said that child rights groups rejected the argument of those in favor of a lower MACR that the children criminality rate in the country was rising as she cited police data which showed that only two percent of crimes were committed by youth offenders while the rest are perpetrated by adults.

Meanwhile, other groups also took a hit at the proposed law that would lower the MACR saying that it is “typical of government’s quick-fix, trigger-happy, corruption bred policies that are solely focused on terrorizing the population in the guise of addressing crime.”

“Instead of enacting national protective and rehabilitation mechanisms for poor minors affected by the multiple impact of deepening poverty, organized crime and extrajudicial killings, the government wants to punish them for social maladies,” the PAHRA and iDefend said in a joint statement.

It was the move to lower the MACR has prompted criticisms and widespread condemnation from public officials and child rights groups.