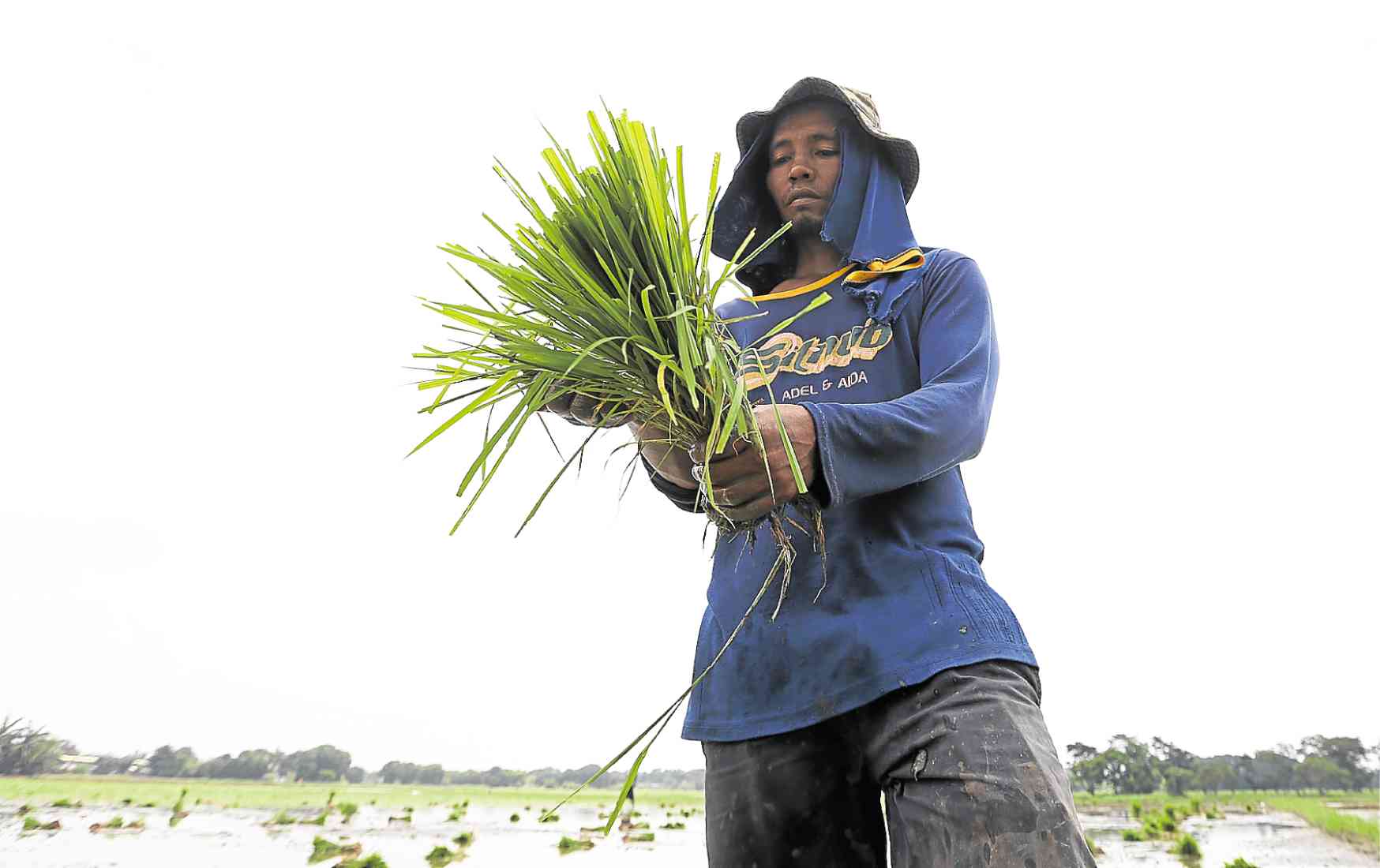 A farmer in Bulacan prepares to plant rice. In Bicol, farmers hit by Tropical Depression Usman received P36 million in seeds to replace those they lost to the storm. INQUIRER PHOTO

LEGAZPI CITY, Philippines – About P36 million worth of hybrid palay, corn and assorted vegetable seeds were distributed on Monday to thousands of farmers whose crops were destroyed by floods and landslides spawned by Tropical Depression “Usman,” the Department of Agriculture (DA) in Bicol said.

The total damage to agriculture or crops in Bicol was placed at P1.1 billion, Bordado said.

The total damage means a loss of 36,925.5 metric tons of produce for the first quarter of this year, Bordado said.

Read Next
‘LGU participation in budgeting would eliminate pork barrel’
EDITORS' PICK
Work-From-Home is here to stay and requires reliable logistics
Legarda emphasizes role of ICC/IPs in nation building this IP month
The crisis within: Suicides rise as COVID takes its toll on lives, livelihood
Pharmally scandal: When middlemen profit even during a pandemic
DOTr to defend proposal to increase passenger capacity in public transport
USAID Opportunity 2.0 calls for applicants for grants for out-of-school youth engagement
MOST READ
Bongbong says PH should modernize infrastructure to become Asia’s next logistics hub
PDP-Laban’s Cusi wing inks coalition deal with Reform Party
Martires asks why he is being singled out over issues on releasing SALNs
Pharmally scandal: When middlemen profit even during a pandemic
Don't miss out on the latest news and information.