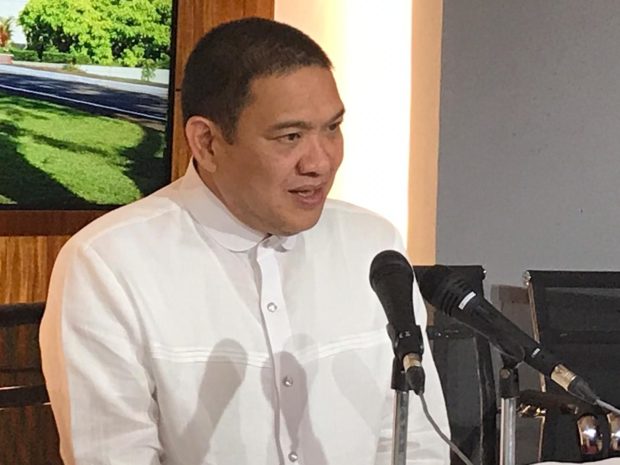 The prospect of a reenacted budget loomed large on Sunday after the House of Representatives issued an ultimatum to Budget Secretary Benjamin Diokno to give a report on government savings in 2018 in exchange for the bicameral approval of this year’s spending bill.

“Secretary Diokno may have evaded scrutiny of DBM (Department of Budget and Management) pork in the 2018 budget deliberations. Not this time,” said Camarines Sur Rep. Rolando Andaya Jr., chair of the House appropriations panel.

“No DBM report on 2018 savings, no bicam report for 2019 budget,” Andaya said, referring to the penultimate stage before ratification by the House and the Senate of the general appropriations bill (GAB).

The bill, once ratified, becomes law upon signing by the President.

The Senate and the House are under a tight deadline — only three days — to reach consensus on the proposed P3.8-trillion budget with Congress poised to go on recess this week in time for the campaign season.

Senators and House members will resume their conference on the GAB on Monday, even as the lawmakers remain locked in a standoff over what to do with their respective “insertions” or amendments to the spending bill prepared and submitted to them by the executive.

The two chambers have only until Wednesday to reach an agreement, as the legislature goes on recess. Congress will resume on May 20 after the midterm polls.

But the House ultimatum on the DBM could throw another wrench on conference discussions, which have been stymied by accusations and counteraccusations between senators and House members over their respective “pork” allocations.

Pork funds pet projects of lawmakers and is a source of kickbacks.

Sen. Panfilo Lacson has accused House leaders of allocating P160 million in pork to each congressman, up from P60 million promised by Speaker Gloria Macapagal-Arroyo.

He also claims that some senators wanted to keep the P23 billion they inserted into the proposed budget. The insertions can be considered pork, according to Lacson.

Andaya earlier said the Senate had introduced to the spending bill more than P190 billion worth of amendments, almost four times bigger than the P51 billion inserted by the House.

In a statement, he demanded that Diokno furnish the bicameral committee a report on all unreleased appropriations and unobligated allotments for 2018.

“We need that report in order to pass the 2019 budget,” he said. “We need a clear picture of our spending authority. Congress authorized the extension of the 2018 appropriations. We demand to see the balances.”

Andaya noted that the report was two years overdue.

“We are not talking of millions of pesos here. The total amount runs in billions of pesos. These are lump-sum funds under the disposal of Secretary Diokno,” he said.

Last year, the Senate and the House approved Joint Resolution No. 3 prolonging the life of the 2018 budget for another fiscal year.

The measure, signed by President Duterte on Dec. 28, extends the availability of the 2018 appropriations for maintenance and other operating expenses and capital outlays to Dec. 31, 2019.

It allows for the continued use of the 2018 budget until end of 2019 for projects and services instead of being reverted to the unappropriated surplus of the general fund.

“You want to look for pork? This is the multibillion-peso DBM pork that Secretary Diokno has kept secret from Congress and from the public,” Andaya said.