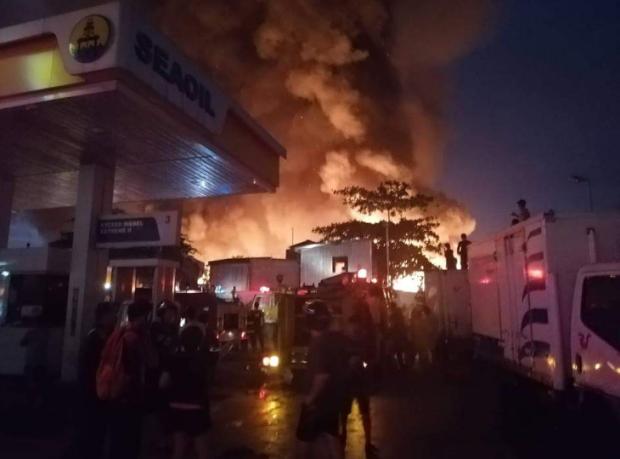 A fire of still undetermined origin struck Gruar Subdivision and the San Buena Compound in Barangay Santo Domingo in Cainta, Rizal on Sunday, at 5:22 p.m., according to the Bureau of Fire Protection (BFP).

The fire displaced, which practically razed the entire subdivision, left more than 800 families homeless, according to a post made by Cainta Mayor Johnielle Keith Pasion Nieto on his Facebook timeline.

“I have requested the Sangguniang Bayan to study the propriety of declaring a state of calamity limited to Bgy Sto Domingo… restoration of their homes begins tomorrow.. emergency employment of all affected residents will be adopted as they will be tasked to construct their shelters while government provides materials,” Nieto said.

Minutes after the fire started, Nieto rushed to the site to check on the needs of displaced families, most of whom were given temporary shelter at the Riverside Basketball Covered Court.

He also ordered the mobilization of teams of the Local Disaster Risk Reduction and Management Council, noting that firefighters from Taytay were on the way to help put out the fire. 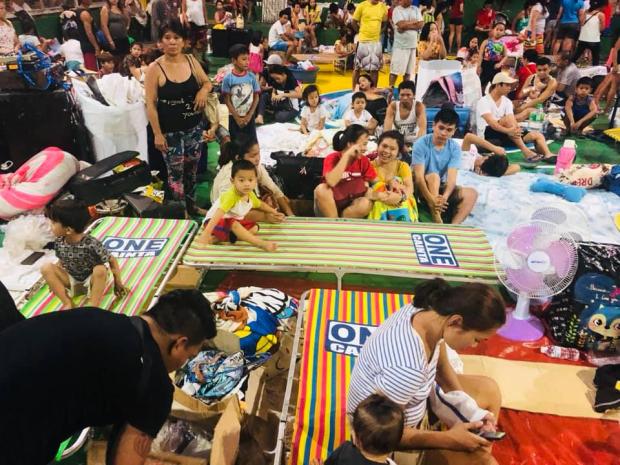 Folding beds were distributed to displaced families who sought shelter at the Riverside Covered Basketball Court in Cainta. (Photo from the Facebook account of Cainta Mayor Johnielle Keith Pasion Nieto)

The fifth alarm was raised by 6:08 p.m., according to a tweet by the Metropolitan Manila Development Authority (MMDA).

Task Force Alpha was raised at 6:33 p.m., according to a tweet by the Philippine Red Cross (PRC).

Sen. Richard Gordon, who is also PRC chairman, tweeted that medics had been dispatched to the site.

Nearby cities, including Makati and Mandaluyong, sent firetrucks to help put out the blaze.