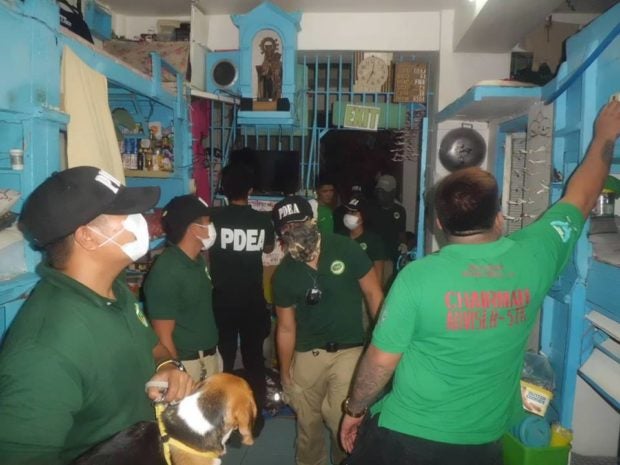 A surprise inspection of the Bulacan Provincial Jail done by the Philippine Drug Enforcement Agency and local police in the province on Sunday yielded no illegal drugs. CONTRIBUTED PHOTO

CITY OF MALOLOS — More than 100 operatives of the Philippine Drug Enforcement Agency (PDEA) on Sunday morning carried out a surprise inspection at the Bulacan Provincial Jail.

Julie Lucero, chief of PDEA in Bulacan, said they did not find illegal drugs in the jail, which is composed of 30 male calls and eight female cells, during the inspection. 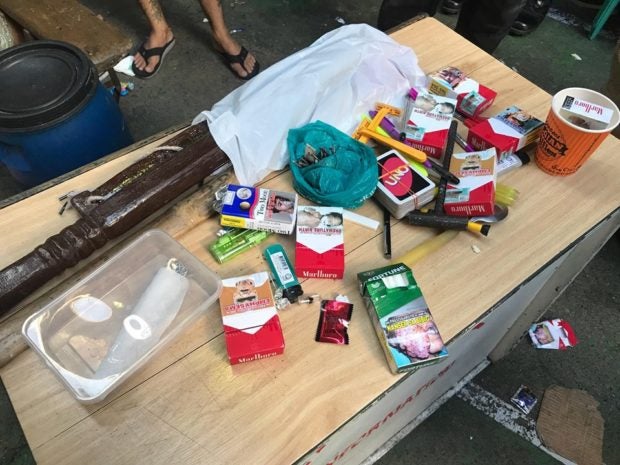 Warden Fernando Villanueva said they are implementing tighter policies to regulate entry of visitors and prevent entry of illegal drugs in the inmates’ cells.

About 60 to 85 percent of almost 5,000 detainees there are facing illegal drugs charges, Bersaluna said. /je 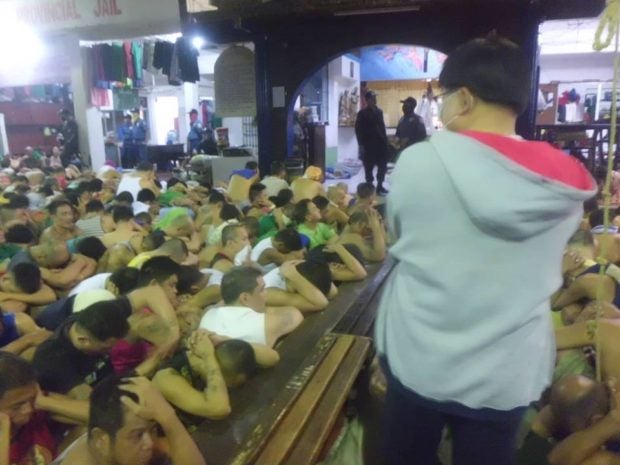 Detainees of the Bulacan Provincial Jail sit on the ground as the Philippine Drug Enforcement Agency and local police in the province did a surprise inspection in the jail. CONTRIBUTED PHOTO