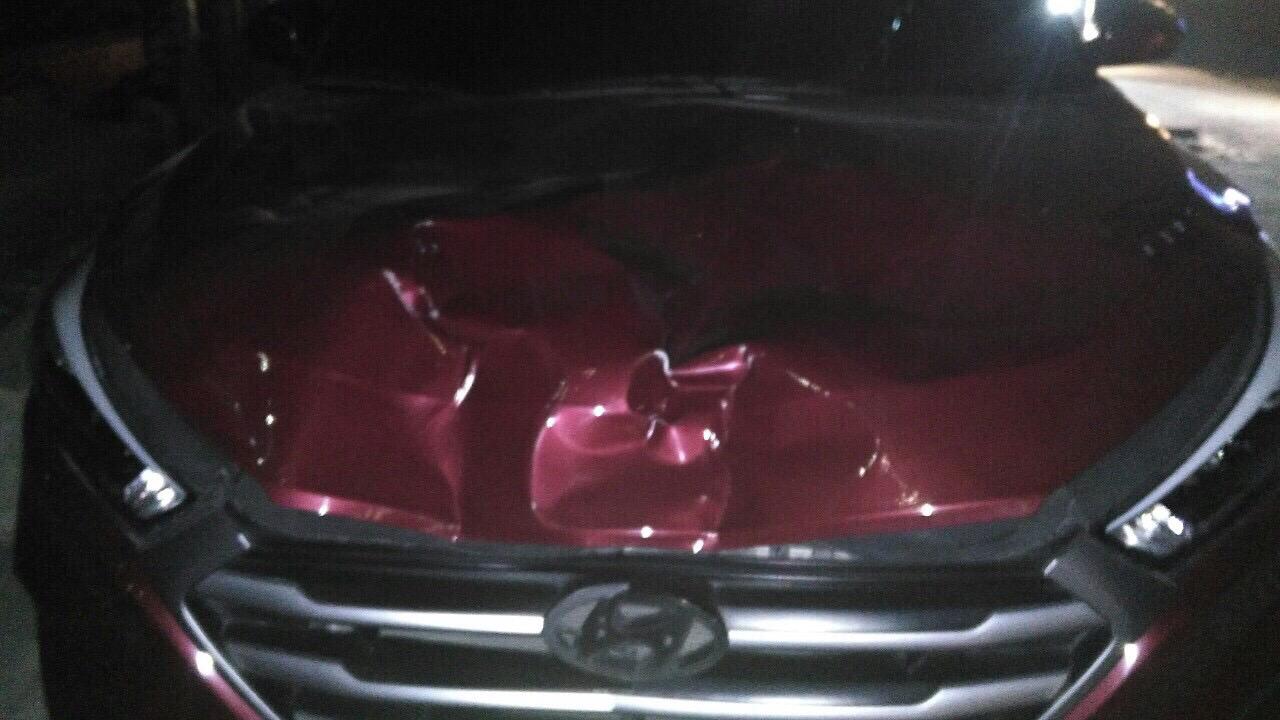 The hood of a red Hyundai Tucson shows damage after reportedly getting involved in a traffic accident in Makati City Saturday night, Feb. 2, 2019. PHOTO COURTESY OF MAKATI CITY POLICE

MANILA, Philippines – A pizza delivery man and a security guard worked together to drive after and stop a motorist who reportedly hit and injured two Chinese pedestrians in Makati City Saturday night.

According to the Makati City Police, Marcos was driving his red Hyundai Tucson with plate number NAF 9752 along HV Dela Costa from Makati Avenue when he hit the victims who were crossing the road near Tordesillas Street at about 9:50 p.m.

Police said the victims Liu Lei, 24, and Bing Ting, 24, both Chinese nationals, sustained injuries and were rushed by a passing taxi cab to the Makati Medical Center for treatment.

Following the car of Marcos, Malabja saw security guard Gennefred Macahilo, who was patrolling Salcedo Village on a motorcycle.

The delivery man told security guard about the accident involving the Hyundai Tucson and the two of them drove after the car that eventually turned into Paseo de Roxas towards Legazpi Village.

Reaching the corner of Legazpi street, the two men used their motorcycles to block the car of Marcos, whom the duo then turned over to the Makati police. /cbb