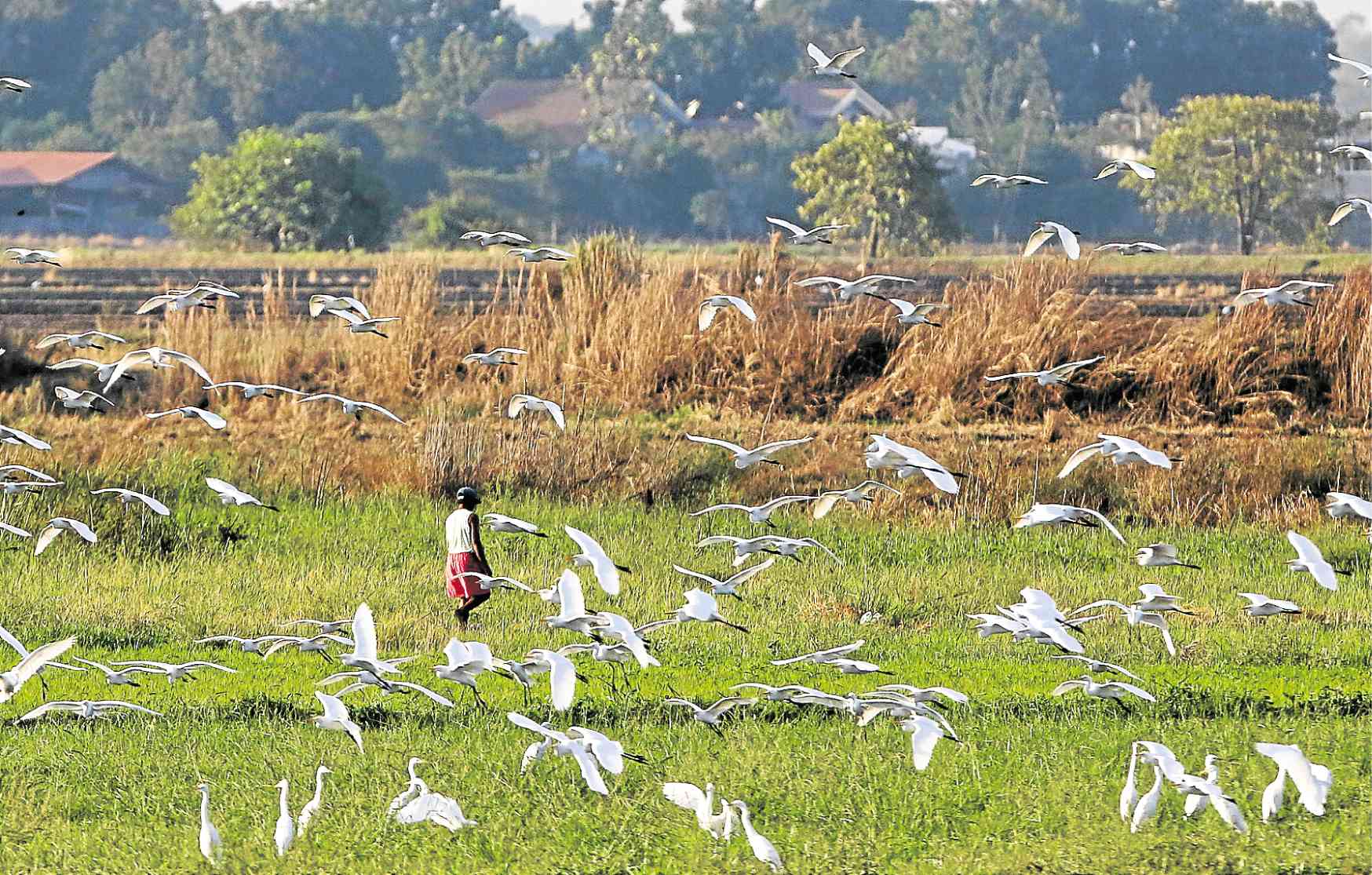 WILD OVER WETLANDS Egrets are among the migratory birds that flock to the Candaba wetlands for food.—PHOTOS BY NIÑO JESUS ORBETA

CANDABA, Pampanga — The parched soil tucked between its marshes and rice paddies belies its name, and is the result of the twin threats hanging over the Candaba wetlands in recent years.

Climate change and land conversion have been rapidly redefining the wetlands’ postcard-pretty backdrop and threatening the ecosystem that depends on it.

Longtime farmer Gaudencio de Leon recalled a more scenic wetland marked by abundant water, with the sky shimmering with the flight of thousands of migratory birds coming to feed on its bounty.

Comprising an estimated 32,000 hectares, the famed wetlands some 60 kilometers north of Manila is a complex of swamps, marshes, freshwater ponds and rivers that stretch across five municipalities in Pampanga and Nueva Ecija provinces.

Considered a key biodiversity area by the Department of Environment and Natural Resources (DENR), it is an important staging and wintering area for wild ducks and other threatened waterbirds, making it an  irresistible draw to birdwatchers and nature lovers.

During the wet season, usually from May to October, water fills the expanse. The rest of the year, the complex is turned into farmlands, with enough water to sustain crops and provide a healthy habitat for native and migratory birds, including the endemic Philippine duck.

Seeking warmer climes and a more hospitable food source, migratory birds fly in, including the endangered black-faced spoonbill and the rare great bittern and spot-billed duck. 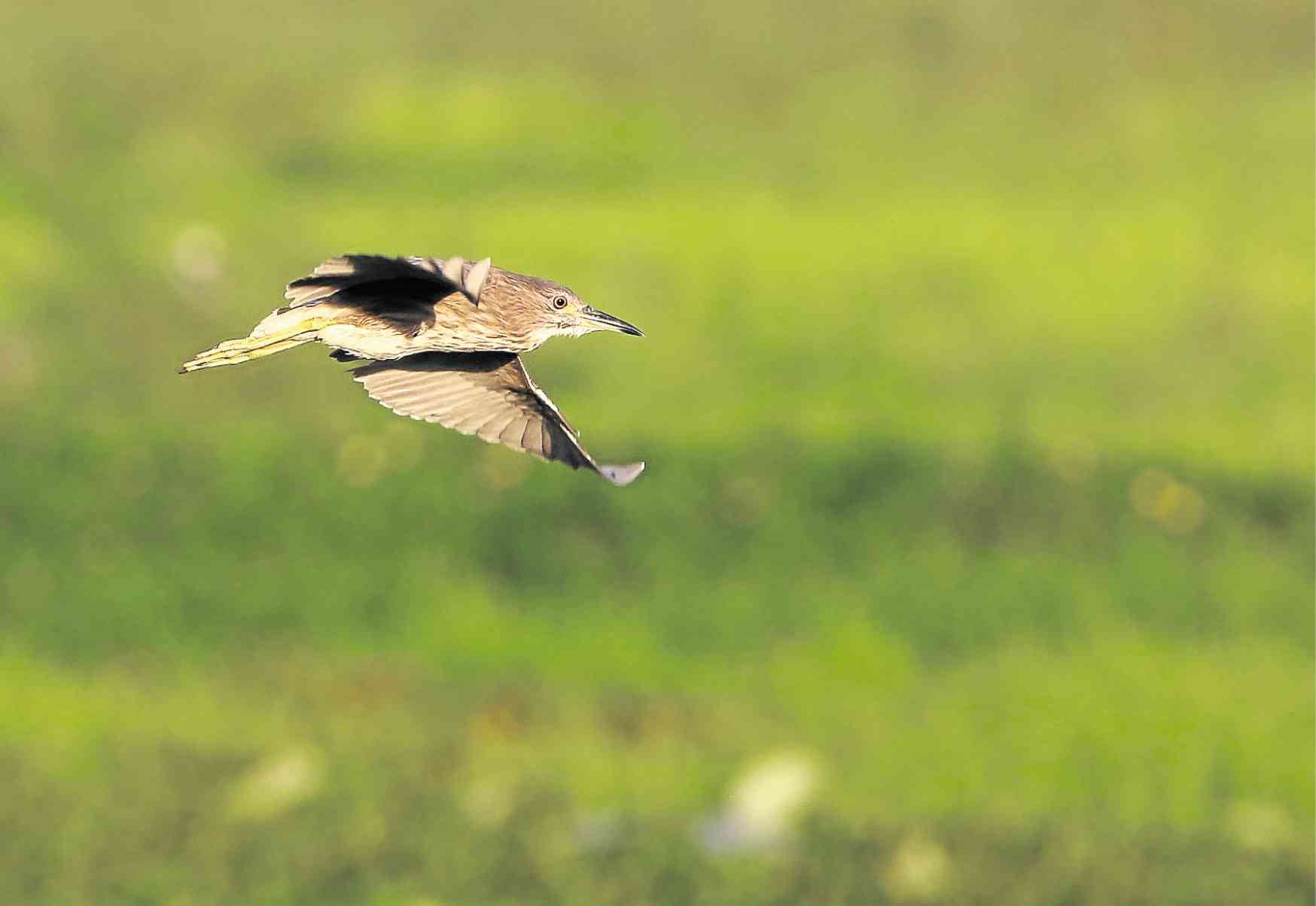 WINGING IT A black crown night heron (left) and a purple heron are among the thousands of migratory birds that visit the Candaba Swamp from October to April every year.

But prolonged dry seasons have affected the wetlands and the species that rely on this habitat for sustenance, according to Minerva Martinez, the conservation and development division chief of DENR-Region 3.

With little or no food in the Candaba Swamp, the tendency of these birds is “to fly to other wetlands that would have a continuous supply of their needs.”

In a visit to Candaba by environment officials and personnel last weekend in celebration of World Wetlands Day, a decrease in the number and species of birds was noted, with the DENR team observing mostly egrets and herons in the area.

While the dry season in February often results in fewer birds in the wetlands, environment officials have noted and recorded a downtrend in migration rates in the area.

Last year, water birds only numbered 1,449, the lowest recorded rate since 2010, according to the 2018 Asian Waterbird Census. 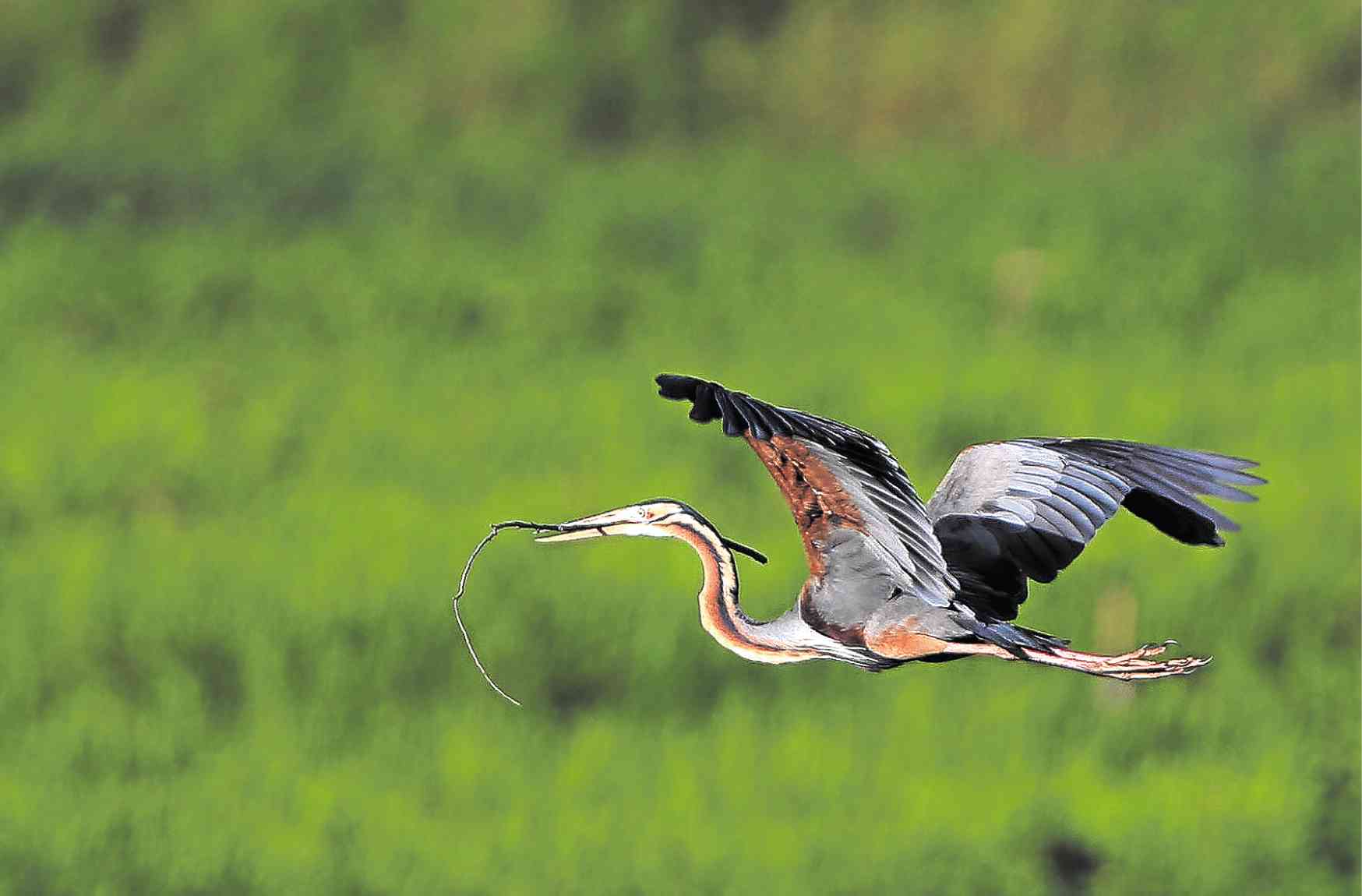 Although  more studies should be done to establish a clear link between climate change and reduced biodiversity in the wetlands, both intense flooding and droughts can impact the ecosystems in areas like Candaba, said Amy Lecciones, vice president of the Society for the Conservation of Philippine Wetlands.

But while climate change can be a threat to them, the wetlands can actually act as natural solutions to climate change, said Crisanta Rodriguez, director of the DENR’s Biodiversity Management Bureau.

If well-managed, wetlands can reduce floods by absorbing and storing excess rainfall, she explained.  They also provide food and water to communities, she added.

Aside from climate change, the threat of land conversion looms large over the wetlands, said Lecciones.

Most of the Candaba wetlands are privately owned, leaving the government with less options for conservation efforts in these areas, she explained.

While the wetlands remain a Ramsar site candidate that would give it  international stature under an international treaty, the Candaba wetlands have yet to be declared a protected area.

Rodriguez said wetlands were often seen as “wastelands,” or places that can be drained or burnt off to give way to other land uses, ranging from agricultural to residential and industrial purposes.

“Converting them to agricultural lands is OK, as long as the practices are sustainable, because this is how farmers adapt to the nature of the wetlands,” said Joy Navarro, DENR senior ecosystems management specialist.

But the continuing reclamation and redevelopment of Candaba and other wetlands into commercial lands can mean  the loss of habitat for birds and other species that consider them  their home, she added.

According to the Global Wetland Outlook released late last year, wetlands are disappearing three times faster than forests. Since 1970, 35 percent of the world’s wetlands have been lost to degradation, with the Philippines included in this global trend.

As environment officials race against time to conserve the remaining wetlands, Navarro said communities should raise awareness about its  benefits and threats so as “to empower them” and prod them into action.