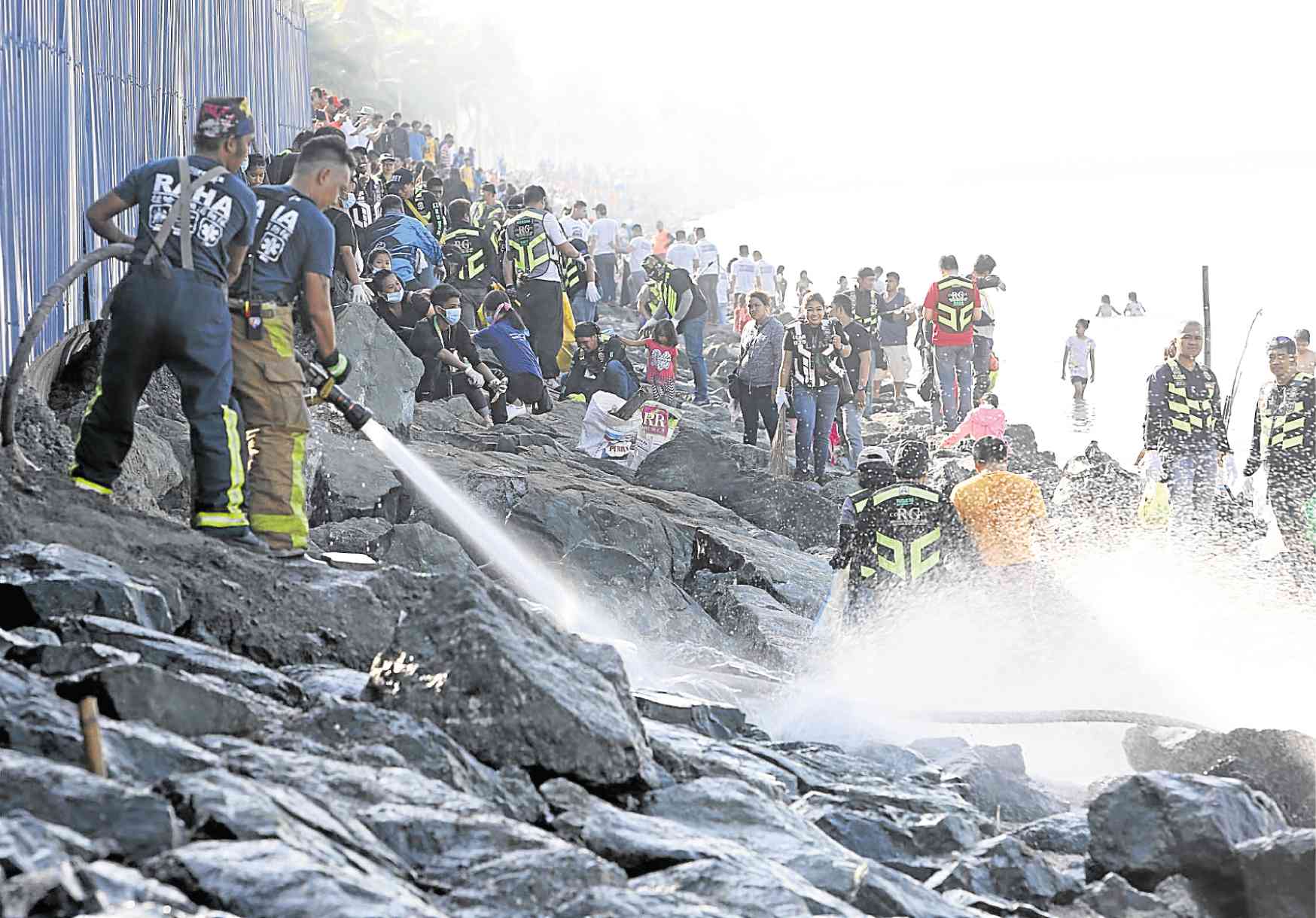 The mayors vowed to continue the cleanup of canals connected to the Pasig River and the bay, the first of three phases of a massive Manila Bay rehabilitation program.

Two other phases involved resettlement of illegal settlers around the bay and long-term implementation of the program.

Cimatu asked the mayors to support the Department of Environment and Natural Resource’s cease-and-desist orders on businesses violating environmental laws, since local executives can also suspend or cancel business permits.

Even the Government Service Insurance System (GSIS) has been given a notice of violation after inspections revealed it was discharging untreated wastewater into the bay.

Nonetheless, Aranas said the GSIS would “upgrade its sewage treatment plant into a more cost-effective and low-maintenance system to support the environment.”

Año said the government would continue inspections and warned that more establishments could be closed if they do not address their wastewater discharge problems.

Año said a separate dialogue with local government units would be held to discuss the relocation of around 220,000 illegal settler families around the bay that cause 80 percent of the pollution.

Fernando Hicap, Pamalakaya national chair, accused Cimatu and Año of colluding to hide the real objective, which was to turn parts of the bay into commercial and business hubs that would hurt the environment and livelihood of the poor. —With reports from Ben O. de Vera and Jaymee T. Gamil