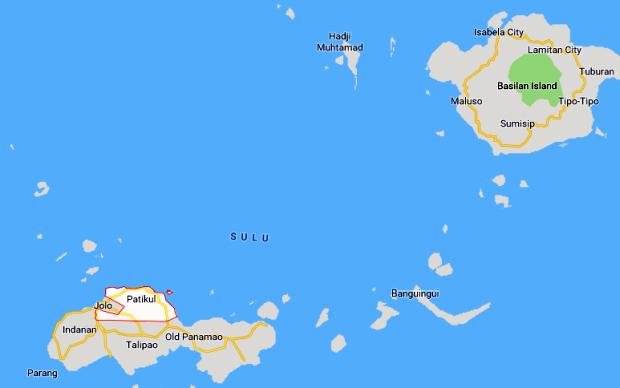 MANILA, Philippines — Five soldiers and three terrorists from the Abu Sayyaf Group were killed in a clash that took place in Barangay Kabuntakas, a remote village in Patikul, Sulu on Saturday morning, an official from Joint Task Force in Sulu said.

The encounter – between members of the 5th Scout Ranger Battalion and the ASG — lasted for an hour and 15 minutes, Lt. Col. Gerald Monfort, spokesperson of Joint Task Force Sulu, said in a press briefing.

Five other soldiers and 13 terrorists were wounded in the clash.

Monfort also noted that a foreign terrorist named Abu Black was killed in the firefight.

“For enemy forces, they suffered three killed, to include Abu Black, a foreign terrorist, and 13 wounded,” he added.

Monfort said the soldiers initiated the encounter in response to the twin explosions that rocked the Cathedral of Our Lady of Mount Carmel in Jolo, which was allegedly hatched by Hatib Hakan Sawadjaan, the successor of slain ASG leader Isnilon Hapilon.

“Government initiated this is in response to on the bombing incident in Jolo wherein Sawadjaan is the mastermind,” he said.

Monfort revealed that Sawadjaan was being protected by the terrorists.

Monfort said the identities of the dead soldiers could not be revealed as they were still informing their families. /atm