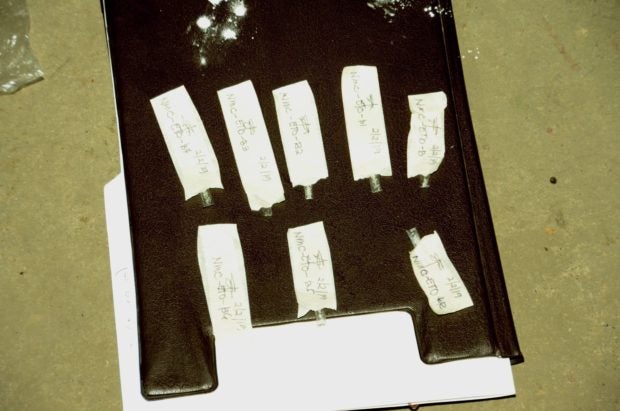 The recovered suspected shabu already a marked evidence form the possession of the suspect. By Robert Dejon

ORMOC CITY — Several charges were being readied against a drug surrenderer from General Santos City for posing as a police official and a Philhealth personnel.

Parangan said in an interview that prior to the buy-bust operation, his team received information that a man posing as a member of Class 2011 of the Philippine National Police Academy was selling illegal drugs in Punta.

He said Celestino also posed as a personnel of Philhealth.

Recovered from his possession was a small sachet containing suspected shabu procured by the poseur-buyer for P500.

Also seized from him were seven small sachets containing suspected shabu estimated to be P35,000, the P500 marked money used in the buy-bust operation, and money believed to be proceeds from illegal drugs sales.

Charges of violation of the Comprehensive Dangerous Drugs Act of 2002 was being readied Celestino who was jailed at the detention cell of Police Station 3 in Barangay Linao. Robert Dejon