US judge says execution can proceed without imam present 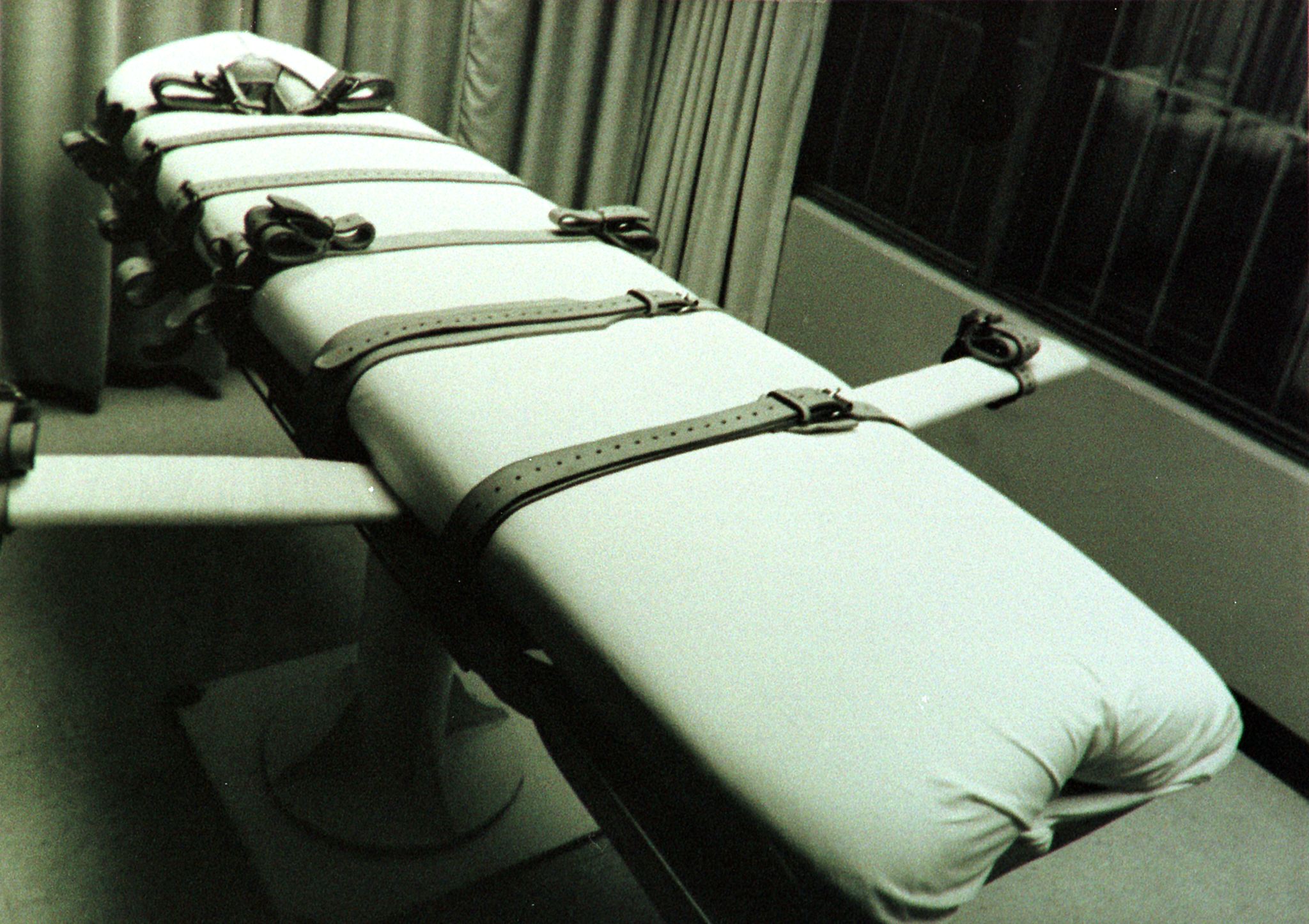 In this file photo released February 2, 1998 by the Texas Department of Corrections, shows the gurney used to execute prisoners by lethal injection in the Huntsville Unit in Huntsville, Texas. (AFP)

MONTGOMERY, Alabama — A federal judge on Friday ruled that a Muslim inmate’s scheduled lethal injection can proceed next week without an imam present but said Alabama must keep a Christian prison chaplain out of the execution chamber.

Ray says his religious rights are being violated because Alabama has a Christian prison chaplain present at lethal injections, but will not let him have an imam in the room with him as the lethal drugs are administered.

Ray’s lawyers argued that he has the same right to religious comfort in his final moments as a Christian inmate.

The judge ordered the state to keep the prison chaplain out of the death chamber during Ray’s execution. The state already said it was willing to do so.

Condemned inmates in Alabama can visit with their spiritual adviser before their execution and have the person witness the procedure through the glass window of an adjoining room. However, only the prison chaplain and a correctional officer are in the room with the inmate during the lethal injection procedure.

The chaplain will sometimes kneel and pray with an inmate who is strapped to a gurney.

Ray’s lawyers are also seeking a new trial, saying prosecutors did not disclose records that showed a key witness was suffering from symptoms of schizophrenia before he testified against Ray.

Harville disappeared from her Selma home in July 1995. Her decomposing body was found in a field a month later.

Ray was convicted in 1999 after co-defendant Marcus Owden told police that they had picked the girl up for a night out on the town and then raped her. Owden said Ray cut the girl’s throat and they also took the girl’s purse, which had $6 or $7 in it.

Owden pleaded guilty to murder, testified against Ray and is serving a life sentence without parole.