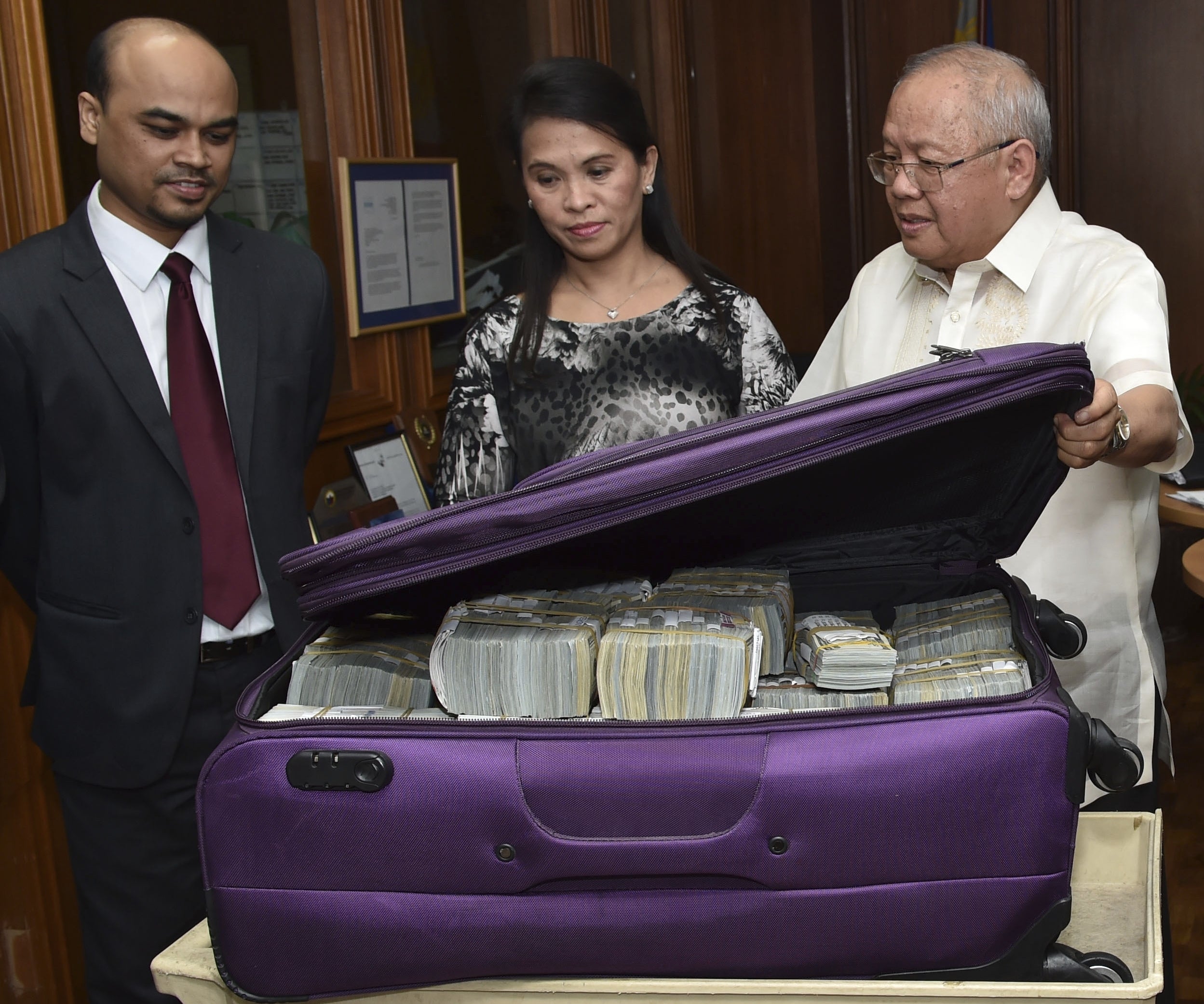 The central bank of Bangladesh has sued Rizal Commercial Banking Corp. (RCBC) in the United States, seeking damages and the return of $81 million stolen from its account in the Federal Reserve Bank of New York in 2016.

While it had not been officially notified of the suit, the Yuchengco family-led RCBC said in a statement on Friday that it was aware a complaint had been filed and that it had engaged the US law firm of Quinn Emanuel for its defense.

Tai-Heng Cheng, RCBC’s lead lawyer on the case and a partner at the law firm’s New York office said: “This is nothing more than a thinly veiled PR (public relations) campaign disguised as a lawsuit.”

“Based on what we have heard, this suit is completely baseless. If the Bank of Bangladesh was serious about recovering the money, they would have pursued their claims three years ago and not wait until days before the statute of limitations,” Cheng said.

“Not only are the allegations false, they don’t have the right to file here since none of the defendants are in the US,” he added.

In February 2016, $81 million stolen by hackers from Bangladesh Bank slipped into RCBC’s branch on Jupiter Street in Makati City, was quickly withdrawn and eventually laundered in local casinos.

The Bangko Sentral ng Pilipinas slapped the bank with a P1-billion fine. RCBC has since then strengthened internal controls and revamped its senior management team.

The money laundering issue, which RCBC claimed to be the handiwork of the “rogue” Jupiter branch, then led by its manager Maia Deguito, was considered the world’s biggest cyber hacking incident.

On Jan. 10, the Makati City Regional Trial Court found Deguito guilty of money laundering on eight counts and sentenced her to a maximum prison term of 56 years. She filed an appeal on Jan. 25.

Cheng said the defense panel would show that the lawsuit was “nothing more than a political stunt by Bangladesh Bank to try to shift blame from themselves to RCBC.”

“RCBC had nothing to do with the theft of the funds and has cooperated fully with every investigation into the matter. This suit is nothing more than a blatant attempt by Bangladesh Bank to shift blame and cover up their own liability,” Cheng said.

Casino junket operator Kim Wong had identified two Chinese nationals—junket agent Gao Shuhua and Macau-based businessman Ding Zhize—as the persons who allegedly brought the $81 million to the country and arranged the opening of the bank accounts at RCBC Jupiter.

Authorities have yet to locate or charge Gao and Ding.

After a series of Senate hearings on the scandal, about $17 million of the money stolen from Bangladesh remained unaccounted for.

Wong had said the remaining money was with Philrem, the remittance company used for the transactions. Philrem denied the allegation.

On May 12, 2015, bank accounts were opened at RCBC’s Jupiter branch under fictitious names, each funded with only $500. They remained untouched until Feb. 5, 2016, when $81 million was wired to the accounts.

Abu Hena Mohd. Rajee Hassan, head of Bangladesh Bank’s finance intelligence unit, confirmed on Friday that the case against RCBC had been filed online in the Southern District Court of New York.

“Our next procedures will follow accordingly as we want our money back. This is our people’s precious money,” Hassan said.

Court documents said hackers from North Korea used fraudulent orders on the SWIFT payments system to steal the money. The money was later sent to the RCBC accounts.

The hackers broke into Bangladesh Bank’s system and created 70 orders to the Federal Reserve Bank amounting to $1.94 billion. Of that amount, $101 million was released.

Apart from the $81 million that the hackers sent the RCBC branch, $20 million went to Sri Lanka, which later returned the money to Bangladesh.

The complaint against RCBC named 23 people, including Filipino and Chinese citizens, and cited another 25 unnamed “John Does” as defendants.

All of the defendants “had a single unlawful purpose: to defraud, steal and launder funds stolen from the bank,” it said.

Hassan said the complaint accused RCBC of following fraudulent procedures at every step. —WITH A REPORT FROM AP