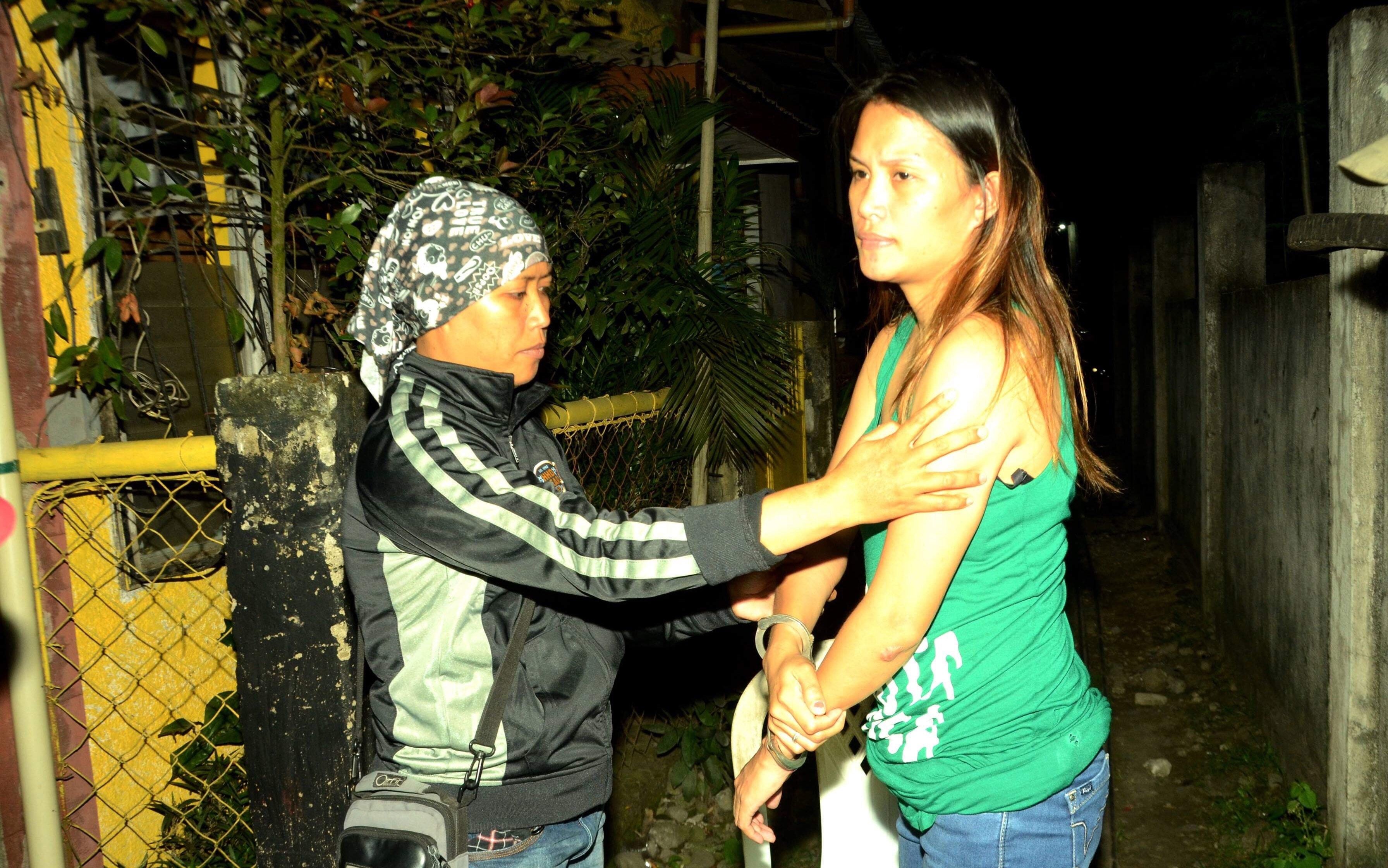 A body search is being conducted against the suspect. By Robert Dejon

Parangan said Quintana is the live-in partner of April Jan Arevalo, who was arrested last October in a buy-bust operation in the same area. Police tagged Arevalo, a drug surrenderee, as a high-value target.

Recovered from Quintana was one small sachet containing suspected shabu procured by a poseur-buyer operative at P1000, and two P500 cash used as marked money for the operation.

Also seized was a sachet that contains five small plastic sachets containing suspected shabu each worth about P500.

Quintana did not say anything when asked about the shabu in her possession.

Charges of violation of the Comprehensive Dangerous Drugs Act of 2002 were being readied against the suspect who was jailed at the female detention cell of Police Station 1. Robert Dejon 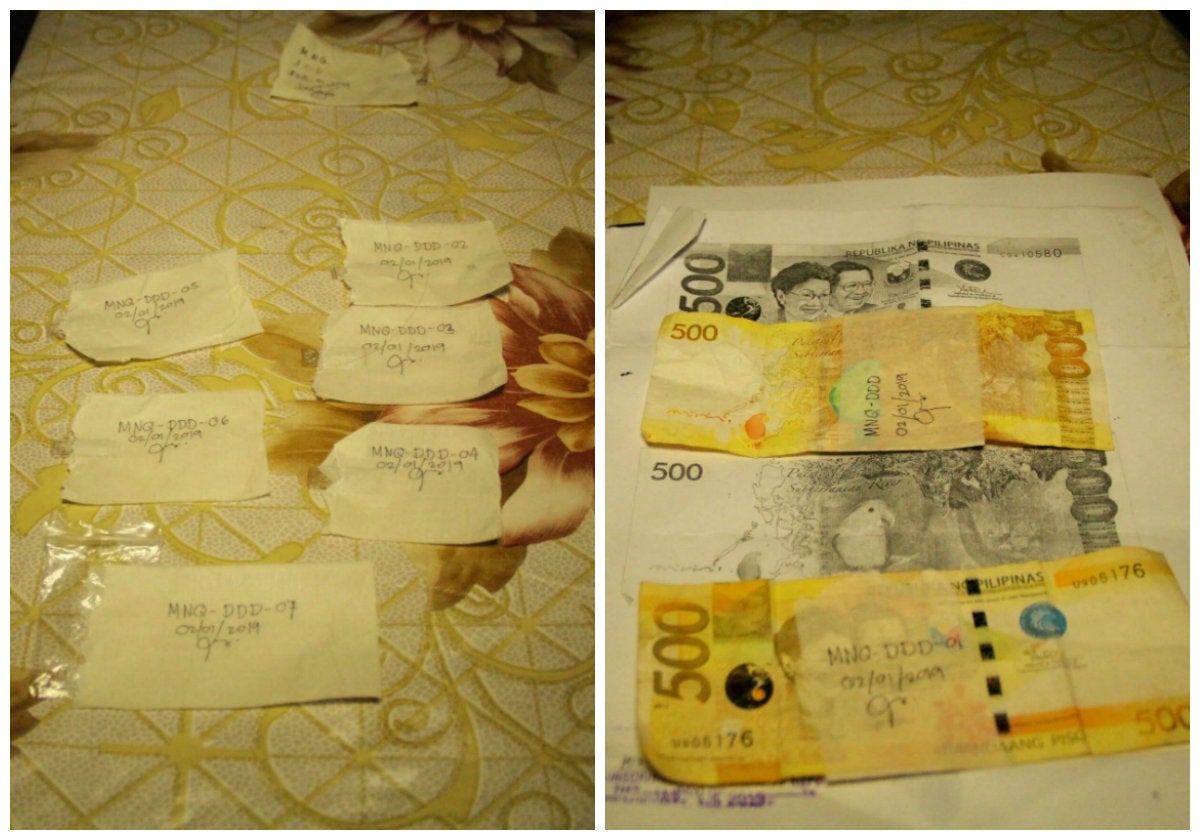 The suspected shabu recovered from the suspect and the buy bust money. By Robert Dejon