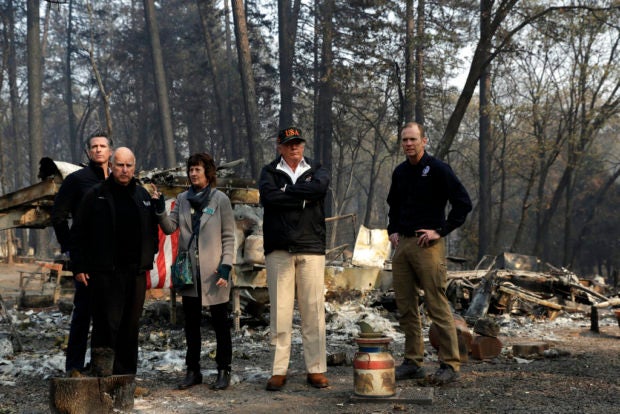 SAN DIEGO — California Gov. Gavin Newsom praised San Diego County for providing a shelter for asylum seekers and said Thursday he wants the state to set up an emergency fund of $25 million to address what he has called an humanitarian crisis created by the federal government.

Speaking during a visit to San Diego on Thursday, Newsom told reporters that $5 million should be made available this year – mostly to help San Diego’s shelter.

He said his proposal is worded “loosely” to allow for flexibility in the spending but he believes the money is needed for a problem that will not be going away in the near future.

The most immediate needs for now are in San Diego County, where humanitarian groups say they have aided more than 5,500 asylum seekers after the U.S. federal government started releasing migrants onto the streets.

The humanitarian organizations have been running a shelter for asylum seekers out of churches and other locations but the groups have had to move five times.

San Diego County officials on Tuesday agreed to allow an unused courthouse to be used as a shelter for asylum seekers. Most stay between 12 to 48 hours at the shelter before arranging airfare or bus tickets to their final destinations with relatives or sponsors.

The U.S. started returning some asylum seekers to Tijuana, Mexico, this week after reaching an agreement with Mexico to allow them to remain there while their cases wind through the courts, which could take months or years. But Mexico so far has said no children will be allowed to be returned. The San Diego shelter has served only families.

Since taking office in January, Newsom has taken a more active role in border and immigration affairs than former Gov. Jerry Brown, also a Democrat, who supported limits on cooperation with federal deportation agents but joined President Donald Trump’s mission to deploy the National Guard to the border on condition that troops have nothing to do with immigration enforcement.

Newsom told reporters Thursday his administration would be reviewing the work the troops have done but stopped short of saying whether he would pull back the National Guard troops altogether or reduce the number on the border.

“I’ve been very open and honest and transparent and my anxiety around the original agreement and my desire to as they say turn the page,” but he added “conditions on the border are changing. The Guard are working in many different capacities. Some may be appropriate, from my humble perspective, others may be less so.” /jpv