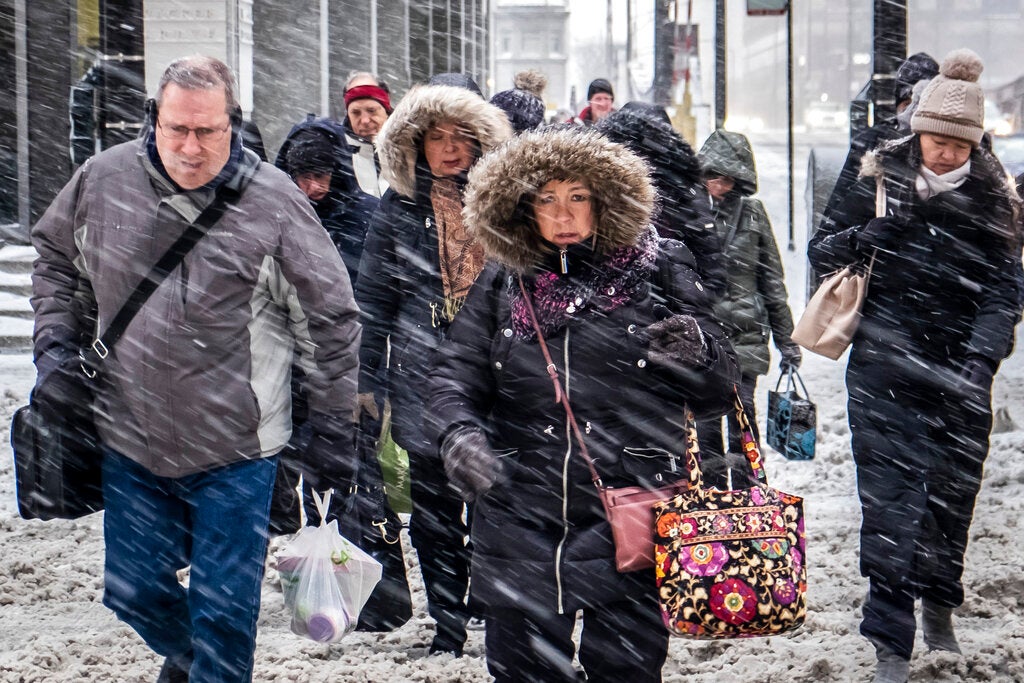 CHICAGO — The body of a University of Iowa student has been found on the campus in Iowa City, and officials said they believe his death was weather-related.

Television station KCRG reported the body of 18-year-old Gerald Belz was found behind an academic hall just before 3 a.m. Wednesday by campus police. He was taken to a hospital, where he died. While officials believe his death was related to dangerously low temperatures at the time he was found, officials have not given a specific cause of death.

Belz’s family told KCRG that doctors did not find alcohol in his system.

The death is the eighth fatality linked to the extremely cold weather in the Midwest.

FlightAware monitoring service said the weather has forced the cancellation of 2,622 flights nationwide on Wednesday.

Sub-zero temperatures are the biggest factor in travel to and from Chicago and other hubs in the Midwest.

United Airlines and Southwest Airlines canceled hundreds of Chicago flights before the coldest weather hit. Airlines routinely scrub flights ahead of storms because they know that runway conditions, de-icing of planes and other weather-related chores will cut the number of flights that an airport can handle.

A total of 1,359 flights are cancelled for Thursday, but conditions are expected to improve heading into the weekend.

A northern Indiana sheriff earlier said a zebra has died at a farm due to the extreme cold gripping the region.

Carroll County Sheriff Tobe Leazenby said the zebra was found dead Wednesday morning at a farm outside Delphi, or about 105 kilometers (65 miles) northwest of Indianapolis. He also said a second zebra there survived.

Leazenby said the farm also has kangaroos, but they’re inside a shelter.

Leazenby, however, said his department is investigating the incident further.

A deadly arctic deep freeze has enveloped the Midwest, forcing widespread closure of schools, businesses, government offices, and prompting the U.S. Postal Service to take the rare step of suspending mail delivery to a wide swath of the region.

Many normal activities are shutting down and residents are huddled inside as the National Weather Service forecast plunging temperatures from one of the coldest air masses in years. The bitter cold is the result of a split in the polar vortex that allowed temperatures to plunge much further south in North America than normal.

Officials throughout the region are focused on protecting vulnerable people from the cold, including the homeless, seniors, and those living in substandard housing. /kga