Report: Toddler bruised after fall into rhino exhibit at zoo 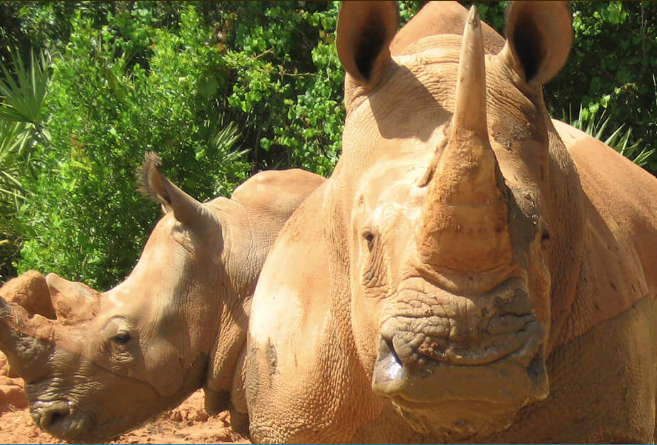 MELBOURNE, Florida — A toddler who fell into a rhinoceros exhibit at a Florida zoo earlier this month suffered bruises to her chest, stomach, back and behind her right ear after being bumped by two rhinos.

A report on the incident released Wednesday shows the 21-month-old girl also had a bruised lung and lacerated liver.

The report by state wildlife investigators says the 28-pound (12-kilogram) girl fell through bars at a rhinoceros enclosure during a private tour with two employees at the Brevard Zoo in Melbourne, Florida, on New Year’s Day.

The report says two rhinoceros pressed the girl into the enclosure’s metal poles with their snouts before she was removed by family members and zoo staff.

The girl’s mother suffered a severe bruise to her arm while trying to free the toddler.