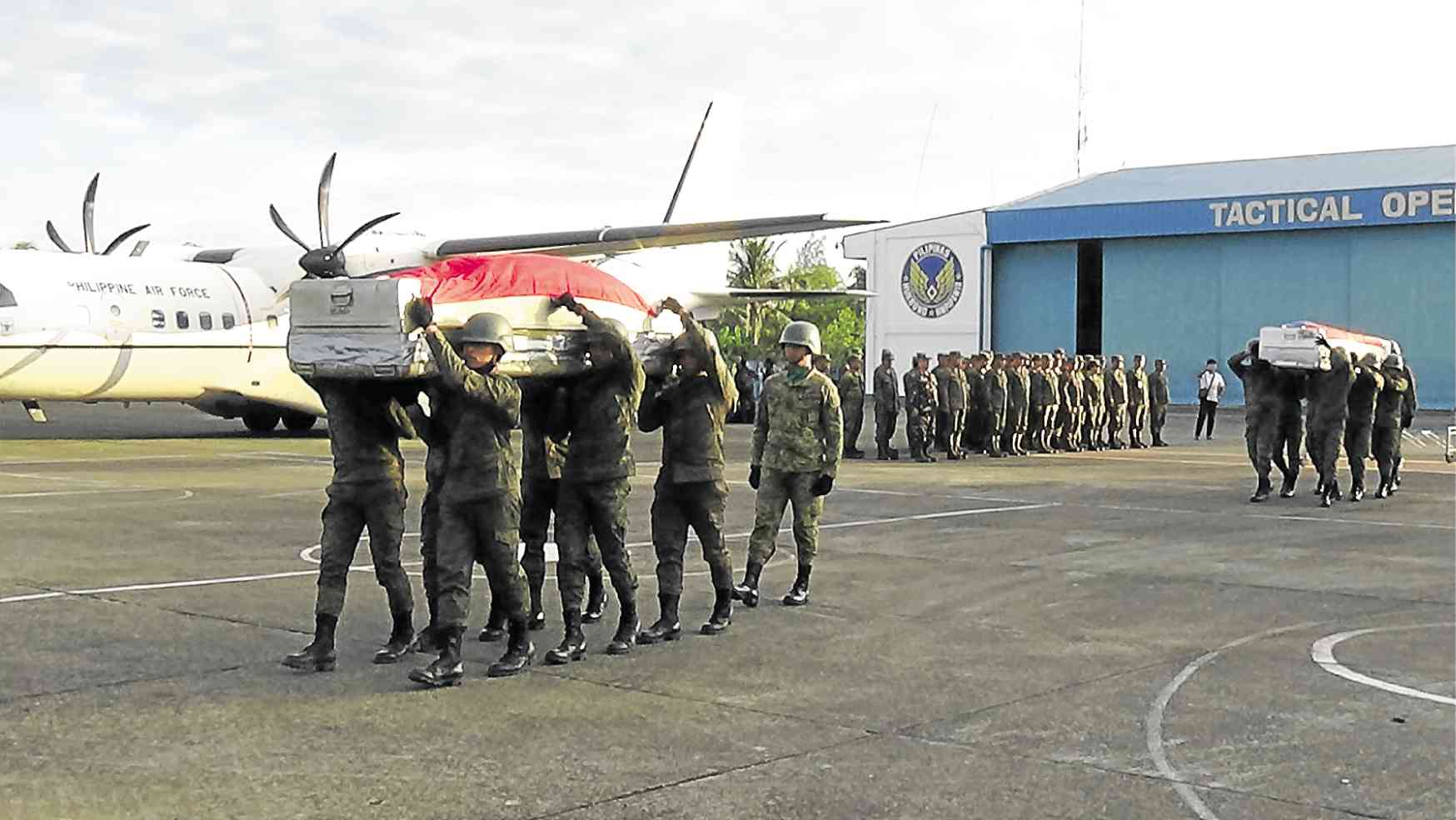 CAUAYAN CITY — Relatives of two Army soldiers killed in the Jan. 27 explosions at the Cathedral of Our Lady of Mount Carmel in Jolo, Sulu, cried for justice as the Philippine flag-draped caskets arrived on a C-130 plane at the domestic airport here on Tuesday.

The remains of Army Sgt. Mark Des Simbre of San Isidro, Isabela, and Cpl. John Mangawit of Tanudan, Kalinga, were given arrival honors by soldiers from the Army’s 5th Infantry Division (ID).

On Wednesday, they were flown back to their hometowns, according to Maj. Jefferson Somera, 5th ID spokesperson.

Simbre and Mangawit, both of the 41st Infantry Battalion, had been deployed in Jolo since 2017 as part of the military contingent there.

Maj. Gen. Perfecto Rimando, 5th ID commander, described the two soldiers as “heroes who lost their lives and limbs in the quest for peace.”

“It pains me that as father to our soldiers in the division, I would receive them in coffins. We honor their service in the military as exemplary for sacrificing their lives,” he said.

Five of the slain soldiers’ colleagues were wounded in the Jolo blasts, which killed more than 20 people. The explosions happened days after the ratification of the Bangsamoro Organic Law in a plebiscite on Jan. 21. —Villamor Visaya Jr.