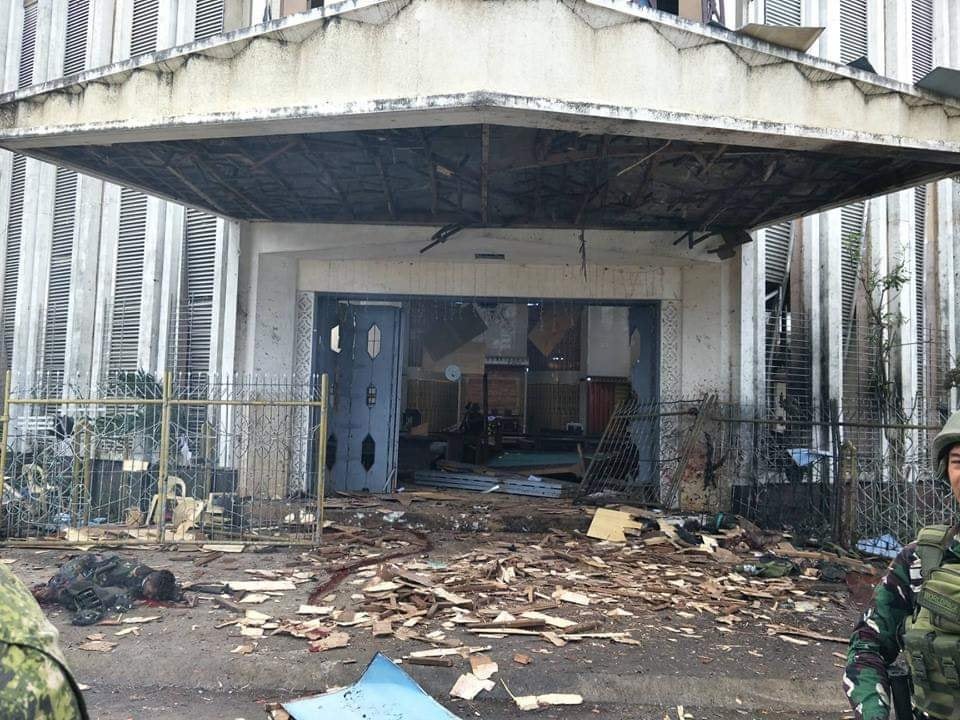 LUCENA CITY—Exiled Communist Party of the Philippines (CPP) founder Jose Maria “Joma” Sison condemned the terrorist bombing of a Catholic church in Jolo that left more than 20 killed and close to 100 wounded.

“As a matter of principle, I condemn the bombing as an act of terrorism directed against civilians and a place of worship,” Sison said in a statement from Utrecht, The Netherlands on Tuesday.

He expressed his heartfelt sympathy to those killed and wounded in the bombing of the Mount Carmel Cathedral in Jolo City and to all their families and friends.

“I agree with the Catholic clergy and laity and other people on holding Duterte responsible for inciting the violence against the Catholic Church,” he said.

“This tyrant has called on his followers to kill and rob the bishops whom he has maligned as useless and do nothing else but enrich themselves,” he added.

The rebel leader alleged that Duterte would also benefit from the Jolo bombing.

“Whoever did the bombing, Duterte will seek to benefit from the terrorist act again by using it as an excuse for further prolonging martial law in Mindanao or even for proclaiming it nationwide or worst of all, for amending the Human Security Act to make it an instrument of state terrorism far worse than martial law,” he said.

Sison predicted that Duterte would “call for more measures of state terrorism under martial law and be oblivious to the fact that martial law failed to stop the bombing.”

“Martial law has been violative of human rights and has served to facilitate state terrorism as well as to embolden the terrorism of the US CIA-created Islamic State and other groups that physically attack civilians,” he said.

Sison noted that the government security forces have been tightly guarding the Jolo Cathedral for a long time under conditions of martial law.

He said the local authorities and the residents were “surprised how the bombers were able to penetrate the military cordon.”

Earlier, Sison accused Duterte of setting the stage for a bigger conflict in Mindanao by vigorously campaigning for the ratification of the BOL.

“He (the President) is setting the stage for a bigger armed conflict in the Bangsamoro and adjoining areas,” Sison said before the plebiscite for the BOL ratification held last week./lzb