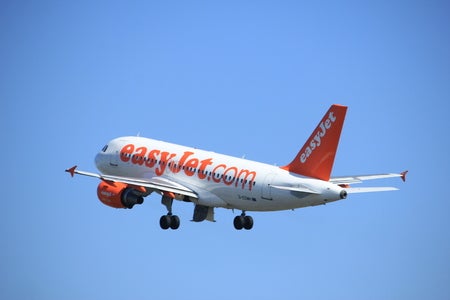 An easyJet flight en route to Iceland from Manchester was forced to make an emergency landing to Edinburgh Airport after a male passenger harassed fellow passengers and crew.

Flight EZY1805 was flying over Scotland when a man got up from his seat and started to smoke his e-cigarette while walking up and down the aisle, according to The Scottish Sun on Jan. 28.

The aggressive man seemed drunk, as per one witness, and shouted abuse and threats to passengers sitting in the front of the plane.

“I told him to stop being silly because he seemed drunk, and then he threatened me,” the witnessed was quoted as saying. “Although I think it may have been much more than just excess alcohol.”

Another witness said that the cabin crew got scared and uncomfortable to the flight, thus the emergency landing.

“They discretely told us at the front of the plane why we were having to land,” the other witness said. “They were very good and complete professionals.”

It was noted that the man snapped his iPhone in half and lit its battery before leaving the flight.

An easyJet spokesperson has since addressed the incident, confirming the flight was met by police upon landing to Edinburgh.

“EasyJet’s cabin crew are trained to assess and evaluate all situations and to act quickly and appropriately to ensure that the safety of the flight and other passengers is not compromised at any time,” the spokesperson said in the report.

“Whilst such incidents are rare we take them very seriously and do not tolerate abusive or threatening behavior onboard.” Cody Cepeda/JB