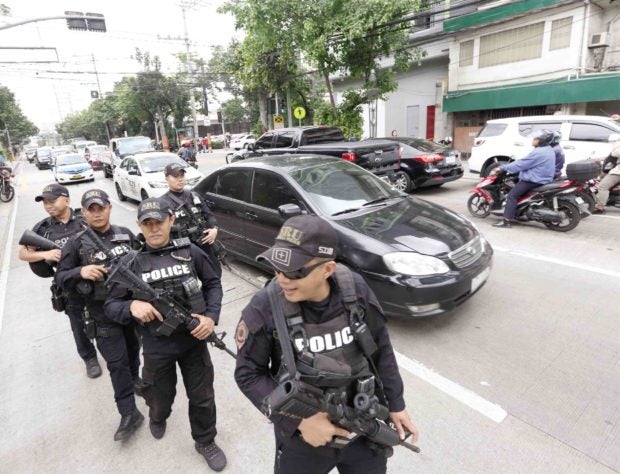 The National Capital Region Police Office (NCRPO) has placed its men on full alert following the twin bombings on Sunday at the Cathedral of Our Lady of Mount Carmel in Jolo, Sulu province, which left at least 20 people dead and over 100 others wounded.

But at the same time, he asked the public to remain calm, “not to be alarmed and continue with your daily routine.”

Eleazar said the NCRPO was coordinating with intelligence agencies and had not monitored the presence of any group plotting bomb attacks in the metropolis.

The police, however, were “prepared for the worst-case scenario,” he told reporters.

Eleazar urged people to be vigilant and report to authorities any suspicious person or behavior they encounter in their surroundings.

“Just report it. The police won’t mind if it turns out to be negative. It’s better that we prevent terrorists from carrying out similar attacks here in Metro Manila,” he said.

The elevated alert status would remain in effect “in the next weeks or so,” Eleazar said as he ordered the five Metro police districts to put up more checkpoints, particularly at entry and exit points of the metropolis.

More policemen would also be deployed to public places such as malls, parks and churches, he added.

Shortly after he raised the alert level, Eleazar went to several airport terminals, train stations and police checkpoints to inspect the security measures being implemented there.

Full alert status means that all policemen’s leaves are canceled while their duty hours are extended by 50 percent (example, from 8 hours to 12 hours). The number of personnel on duty is also increased by 50 percent.

International terrorist group Islamic State (IS) has claimed responsibility for the incident, according to SITE Intelligence Group, a US-based jihadist monitoring group.

The military said it would not discount the claim, although initial investigation pointed to the Abu Sayyaf Group (ASG) as the culprit. The ASG, through its former leader Isnilon Hapilon, pledged allegiance to IS in 2014.