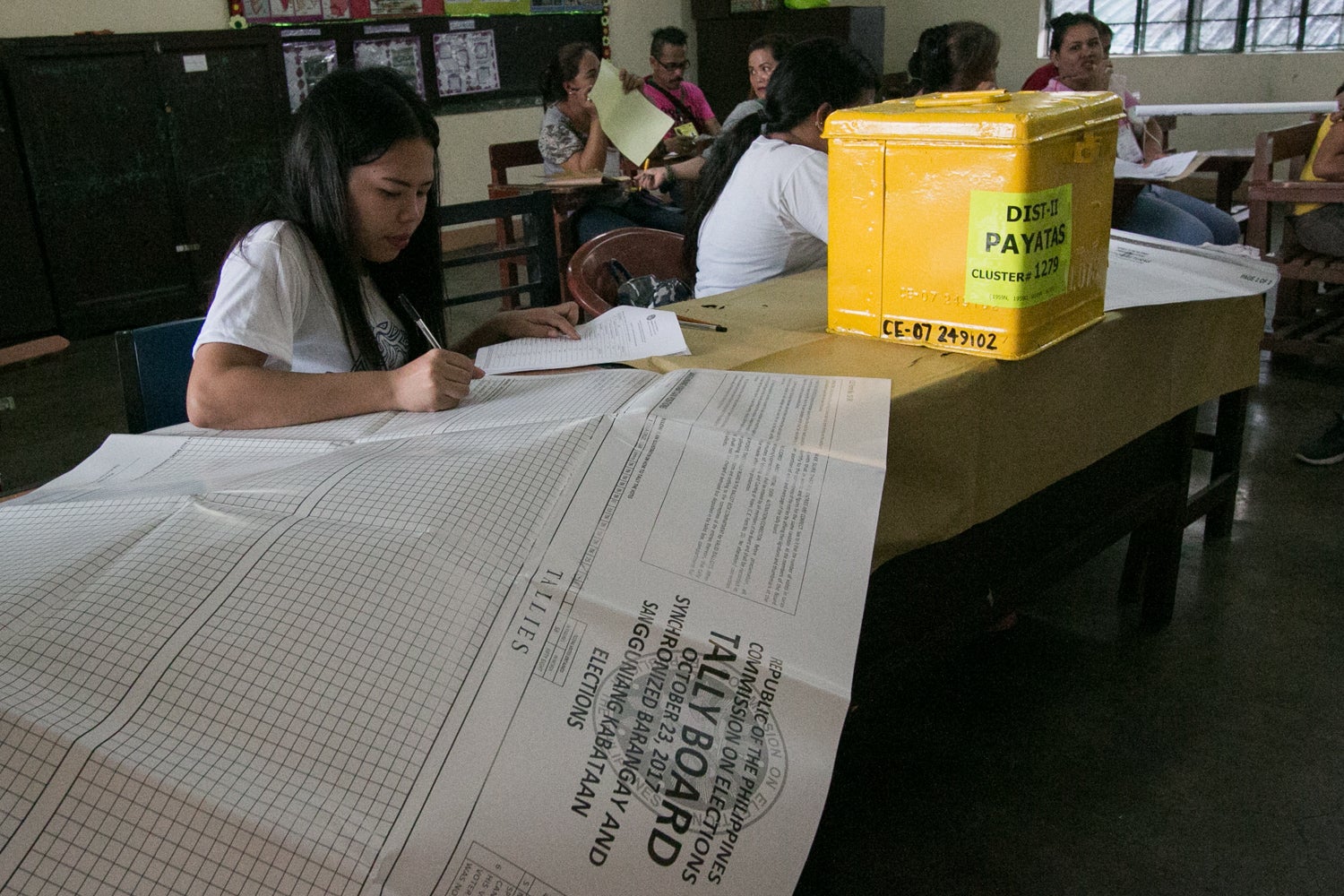 Teachers serve as poll inspectors during the 2018 barangay elections at the Payatas Elementary School B. INQUIRER PHOTO/ ALEXIS CORPUZ

MANILA, Philippines — Former overseas Filipino workers sectoral Rep. Omar Fajard “strongly urged” the Commission on Elections (Comelec) to not allow members of  ACT Teachers Party-list to serve as Board of Election Inspectors in the May 13 elections.

Fajardo, who submitted his petition before the Comelec on Monday, said ACT teachers might influence voters on who to vote for.

“ACT is an alliance of teachers claiming to represent, assist and defend teachers and other education workers. Clearly, it is a political party under the party-list system,” he said in his petition.

“Under the Omnibus Election Code and civil service laws, public officers and employees are prohibited from engaging in partisan political activity,” he added.

“In this regard, the undersigned hereto strongly urges the Commission to strictly implement the law by not appointing public school teachers who are members of the Alliance of Concerned Teachers to ensure a fair and orderly conduct of elections,” Fajardo continued.

The Comelec released on Saturday the names of party-list groups included in the ballots for the elections.

ACT Teachers Party-list was among the 134 groups that filed their intention to participate in the elections.

Also, the Comelec released the partial list of senatorial candidates for the polls. /cbb