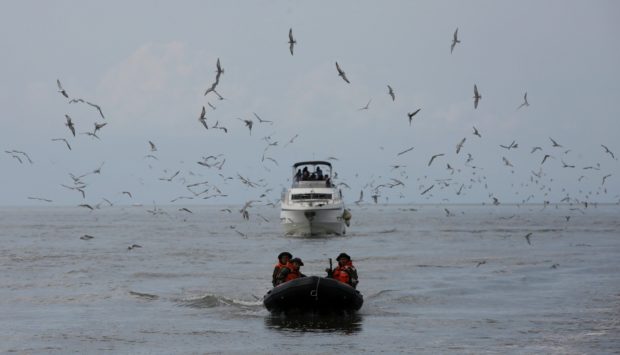 According to the data of the MMDA released Sunday, a total of 45.59 tons of garbage — filling up 11 garbage trucks — were collected in the cleanup.

About 5,000 people joined the solidarity walk along the Manila Baywalk area to mark the start of the project to restore the heavily polluted bay to its former glory.

The project will cost P42.95 billion in the next three years.

Local government units and barangays along the Manila Bay Watershed Area were also urged to help in the rehabilitation. /atm