Arroyo to be transported to VMMC by land this morning, says lawyer 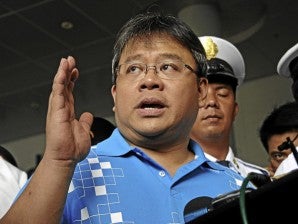 Topacio said that Arroyo would be having breakfast at St. Luke’s, after which, they would be waiting for the Philippine National Police’s go signal for the former president’s transfer to the government hospital.

“They [PNP] run the show here. They make the conditions,” he added.

He did not say which gate they will be exiting citing security reasons for the former president and now a Pampanga representative.

Asked about Arroyo’s condition, Topacio said that she was doing fine.

But he added that her condition was still not normal.

Topacio said that Arroyo’s spokesperson, Elena Bautista-Horn, would give a formal statement later when she arrives.