No definite cure exists for Alzheimer’s disease yet, but promising drugs have emerged through the years that help stem its progress. However, these treatments must be administered early in the course of the illness for them to do any good. This race against time has pushed researchers to find other ways to tame this debilitating disease.

A lot of treatments have been developed to try to delay the onset of Alzheimer’s, but no commercially approved medication has been proven to dramatically and rapidly reduce the toxic buildup of the Alzheimer’s-causing proteins in the blood.

That is, until Amylex Biotech Corp. — a US-based biotechnology company — reported that it had developed a treatment that targeted the root cause of the disease in hopes of slowing it down. This innovation, according to its developer, will soon be available in the Philippines.

Called Betaclear, the treatment is designed to eliminate the buildup of harmful beta-amyloid toxins in the blood before they can disrupt the connection and proper functioning of brain cells. The process involved is “extracorporeal,” meaning, it takes place outside the body, so side effects are unlikely, Amylex claims.

One of the most sought-after objectives in the search for a potential cure for Alzheimer’s is reducing beta-amyloids, which are toxic protein fragments that collect in the blood and in “plaque” in the brain. Beta-amyloids have been linked to diabetes and Alzheimer’s. 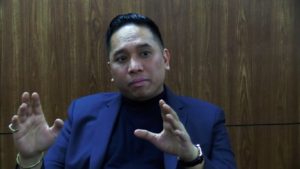 Rogelio Santos Jr.: Betaclear not a drug, but rather a “medical device.” —PHOTOS BY RYAN LEAGOGO

Amylex chair and CEO Rogelio Santos Jr. told Inquirer.net that Betaclear was not a drug but a “medical device” that had been compared to a dialysis machine, in which a patient’s blood is coursed out and cleansed before being returned to the body.

Similarly, beta-amyloids—which circulate and combine into toxic form through the bloodstream before being deposited in the brain—are drawn out of a patient’s blood by a special molecule found in Betaclear, Santos explained.

That special molecule acts like “a super magnet” that attracts and separates the beta-amyloids from the patient’s blood as it goes through a separate compartment.

Santos said that while other treatments took months to cut down beta-amyloids, Betaclear could reduce the level of this toxin in the blood by approximately 89 percent in just a few hours’ time. 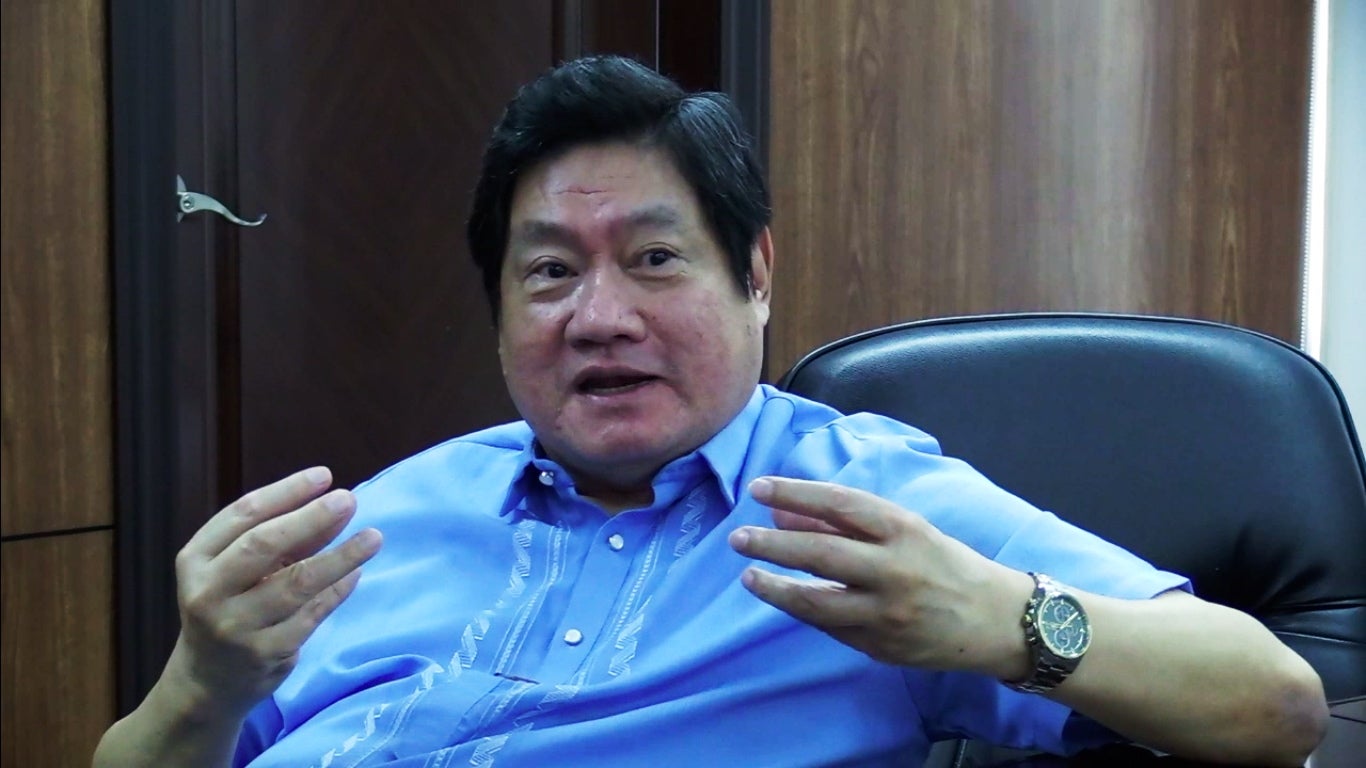 Perpetuo de Claro: It’s way cheaper to launch an innovation here than in the United States.

Cost is another crucial factor, the executives said, adding that it’s way “cheaper” to launch an innovation here compared to the United States.

Explained Perpetuo de Claro, former Wyeth Philippines chair and now an Amylex board member: “[Wyeth] would normally go [up to] 10 years from discovery to commercialization, and sometimes it would take tens, hundreds of millions of dollars.  That process seems skewed for big pharma because only big pharma can afford to wait 10 years and keep on spending in the meantime. But if you’re a small company with one molecule like us, you’re dead,” he said.

While the more expensive process of securing the US FDA’s approval is believed to give a better assurance of a product’s safety, Amylex Philippines officials said the country’s FDA “actually did a lot of work to make sure that there was a good compliance measure.”

The FDA dedicated eight years of “regulatory compliance and research work done here in the Philippines,” said Santos, the first US-born Filipino to receive the Outstanding Young Men Award.  He is also known for designing a foldable Butterfly House as an alternative shelter for Supertyphoon “Yolanda” (international name: Haiyan) evacuees.

“I’ve been here long enough, doing business for a decade, to know that there is pure potential. When I started talking about [Betaclear], admittedly, a lot of other companies in the US thought that I was a little crazy and said, ‘You know the Philippines isn’t known for medical innovations.’ And I said: ‘You’re absolutely right, it’s not known for new medical innovations, yet.’”

But, he added, “every country has a starting point.”

Betaclear will soon be one of the biggest drivers of the country’s medical tourism, Santos said, when it becomes the first country to deploy an FDA-approved and commercially available rapid beta-amyloid detoxification procedure.

“We’re setting up a clinic and there will be an announcement in terms of its [opening]. Our forecast is that [Betaclear] will probably double the [number of] medical [tourists], just because of the size of the market and the interest that we have already gauged. Our target population of interest is a 40-million patient base,” Santos said.

According to studies, Alzheimer’s and other forms of dementia will affect a staggering 115.4 million people by 2050 if its progression is not halted.

“We’re going to build a clinic and targeting that, by 2020, we’d have our first operational availability in the Philippines. Then we’ll talk about expanding that,” Santos said.

“We’re going to be setting up smaller pilot clinics to get the ball rolling, but the large, formal one will probably be up in 2020. It takes time to build up a project like this especially with the numbers we’re targeting,” he added.